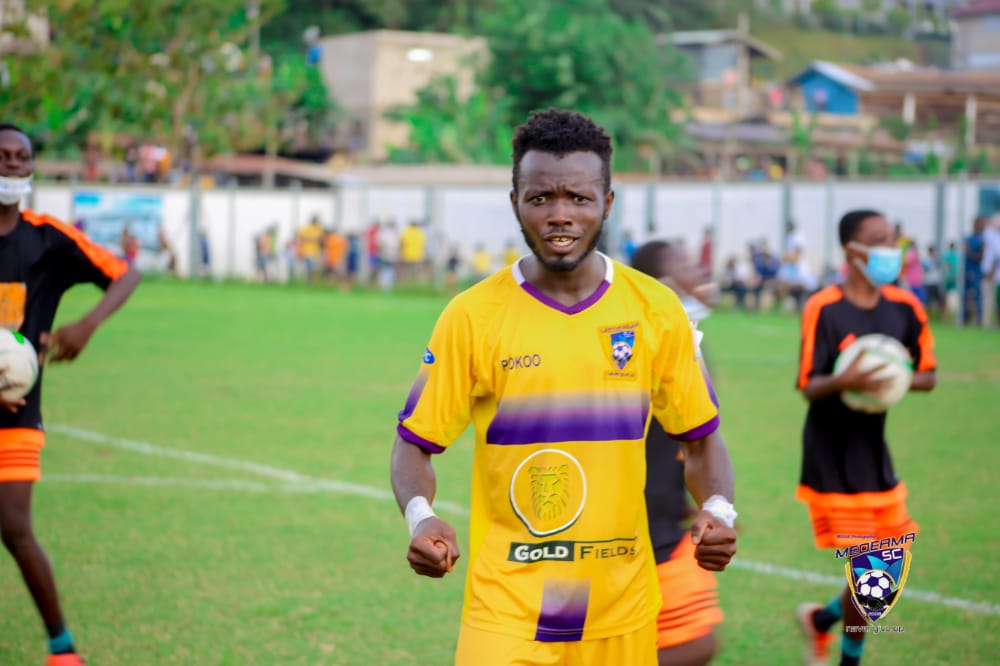 Defender Samuel Appiah was crowned best player of the match in Medeama’s penalty shoot-out win over Great Olympics in the MTN FA Cup on Wednesday.

The right-back was a toast of fans with a sleek performance against the Wonder Club.

Appiah, a former product of Glo Lamp Academy, has been a mainstay of the Medeama side for three seasons.

He put up another solid performance for the Mauve and Yellows as they run away with a 5-4 penalty shoot-out win over the Dade Boys.

The win sends Medeama to the quarter-finals of the competition.