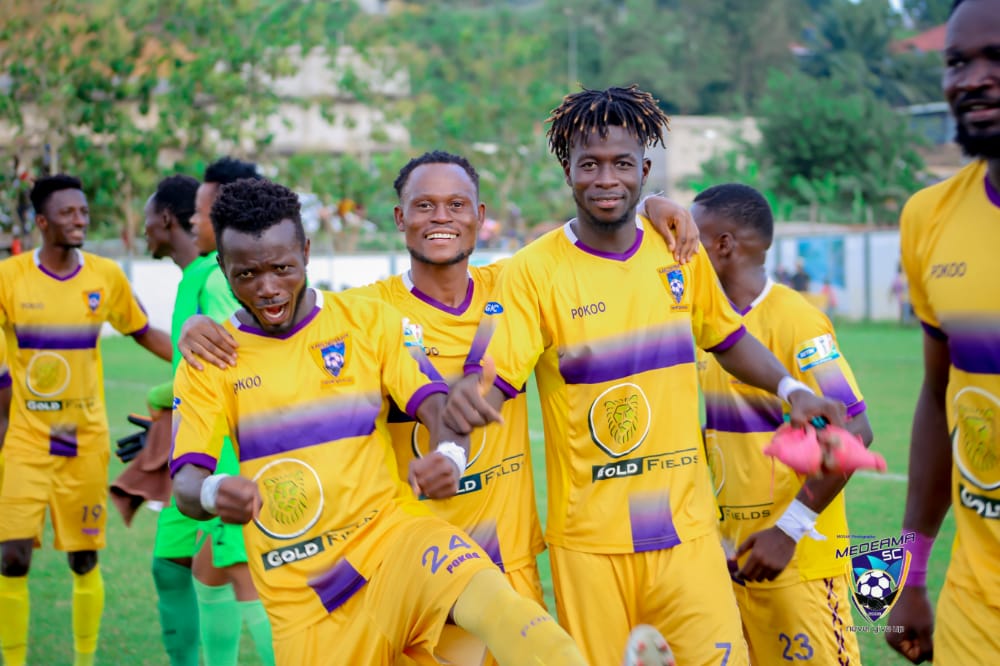 Medeama remain in contention for a trophy this season after advancing to the last eight of the MTN FA Cup.

The Mauves and Yellows, who have won the competition twice in the last five editions, edged out fellow Ghana Premier League side Great Olympics in the round of 16 on Wednesday.

They won 5-4 on penalties with Prince Opoku Agyemang scoring the winning penalty at the Akoon Park.

Both teams failed to find a way past each other in regulation time. Thus, the winner had to be decided on penalties.

It presented Agyemang with the opportunity to win it for Medeama and made absolutely no mistake.

Medeama, who came into the season targeting league title, would be delighted to win the cup competition as it guarantees them Africa football next season.

They won the competition for the first time in 2013 and two years later beat the same opponent, Kotoko for their second.