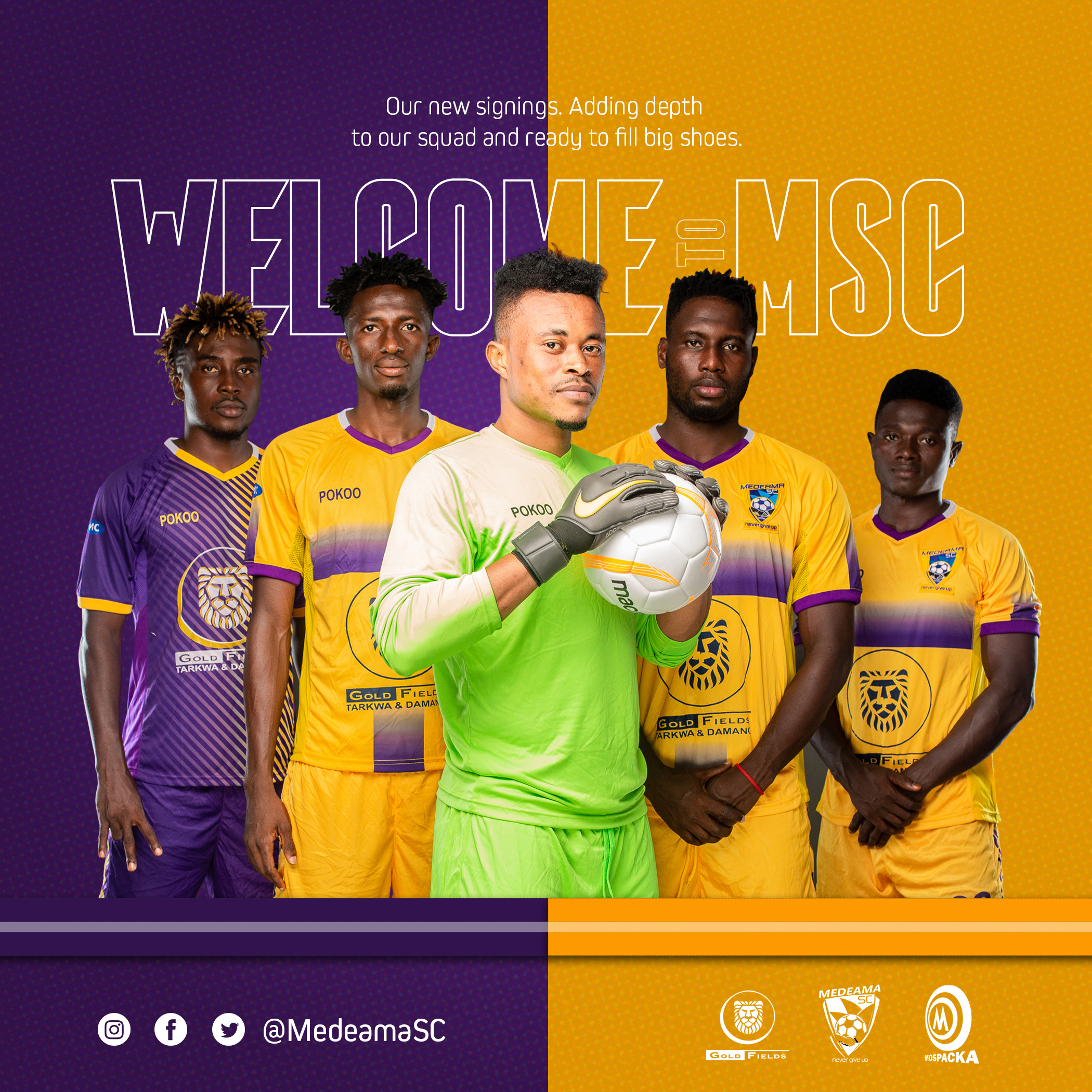 Medeama have confirmed the arrival of SIX new players ahead of the start of the season.

The Mauve and Yellows have acquired experienced duo Frank Boateng and Patrick Yeboah as well as striker Abdul Basit Adam.

The two-time FA Cup holders have also roped in former striker Abass Mohammed – who stages a return to the team after a three-year absence. He returns after parting ways with Nigerian side Enyimba FC.

Godfred Kwadwo Asamoah, Musah Baba Abdulai and Patrick Yeboah are the latest addition to the squad.

Coach Samuel Boadu has been trimming the rough edges of the team ahead of the season’s opener against Great Olympics at the Akoon Park on Sunday November 15, 2020.

Our new arrivals for the 2020-21 @ghanafaofficial Premier League season.