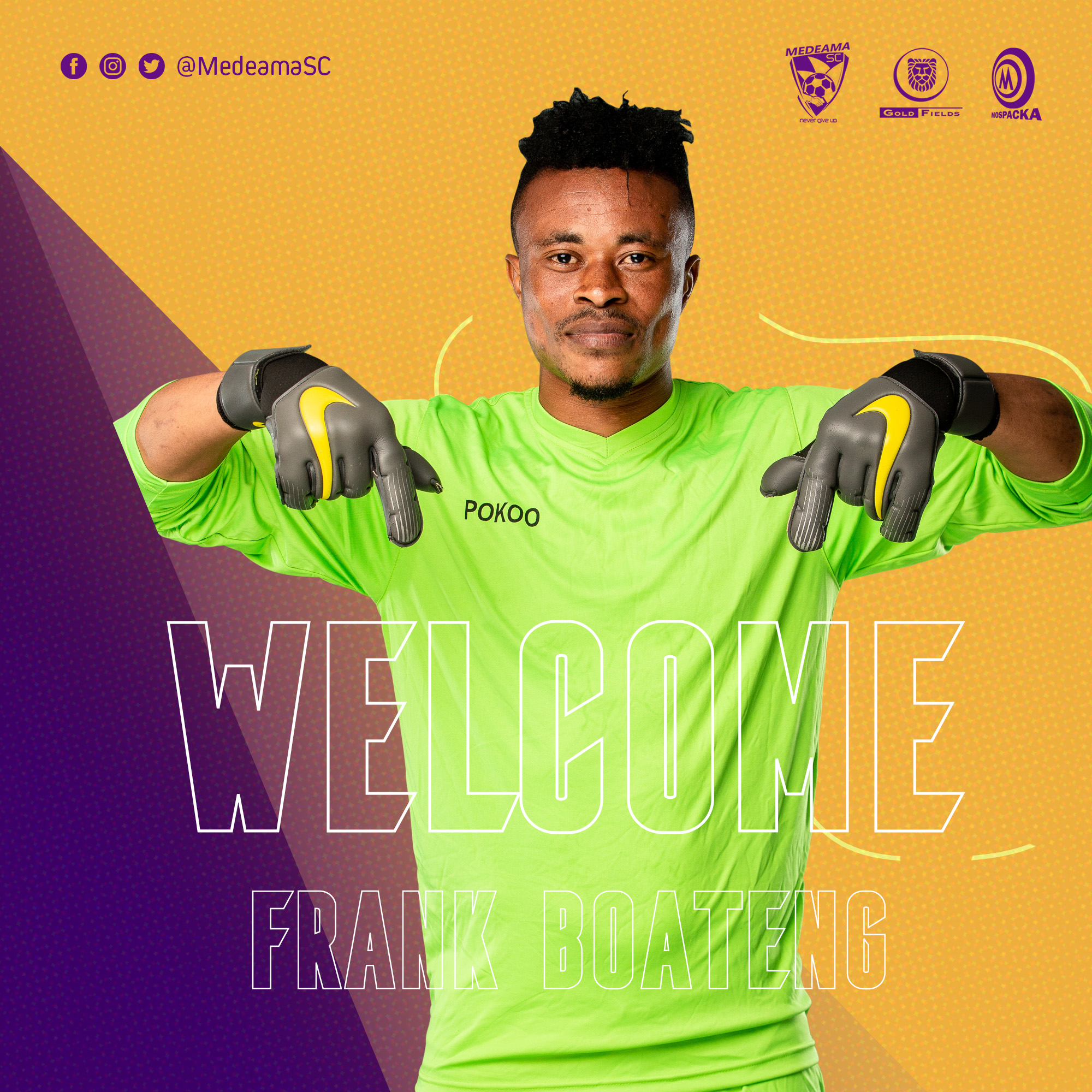 We are happy to announce the signing of experienced goalkeeper Frank Boateng.

Boateng is joining the Mauve and Yellows on a three-year deal until 2023.

Boateng joins on a free transfer after ending his three-year association with Ashantigold.

“I am extremely delighted to be here and I look forward to being part of this club’s fantastic brand, Boateng told medeamasc.com

“I am ambitious and its important I joined a club that drives that ambition and I look forward to contributing immensely to the Medeama project. This was an opportunity I couldn’t let it pass and its gratifying to be part of this fantastic club.

I am now ready to take the next step in my career and there is no higher standard in the Ghana Premier League than Medeama Sporting Club at the moment.

“There will be ups and downs but I hope to contribute immensely by using my experienced to help the team whenever. We will continue to grow as collective unit and work hard to deliver joy to our teeming fans and admirers in Ghana and abroad.

“I want to thank everybody who has been part of my journey so far. I spent three incredible seasons at Ashantigold and hope to replicate more of such performances in Tarkwa.”

Medeama coach Samuel Boadu was pleased to complete the deal, and said: “Frank is an amazing talent and has got all the qualities to perform in this team and has the personality to thrive at the club.

“We intend to bring competition to every components of our game and he bring a lot to the goalkeeping department.

‘He has been excellent for AshGold over the years and will remain hopeful that he will continue to build on it and become a cult hero in Tarkwa and we’re looking forward to working with him.”