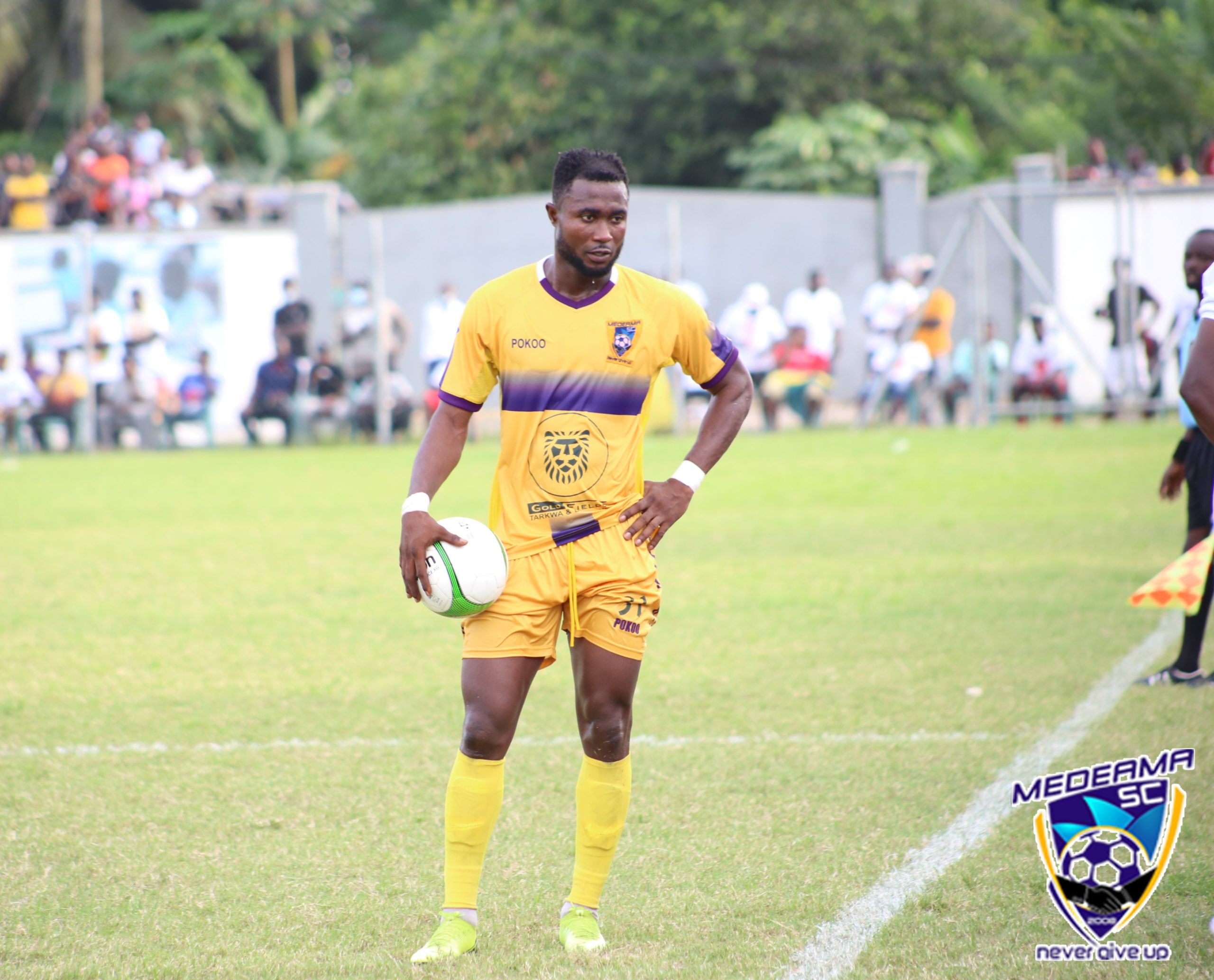 There is no honeymoon for striker Prince Opoku Agyemang as the star striker joins his teammates in camp for the Ghana Premier League match at Liberty Professionals, less than 24 hours after he tied the knot with his heartthrob.

The striker tied the knot with his lover at Sokoban Wood Village at Asago in Kumasi on Saturday morning.

The former Cape Town City loanee flew in immediately after the ceremony to Accra in the company of the club’s Communication Director Patrick Akoto and board member Dr Mike Crankson.

Opoku Agyemang has joined his teammate in camp at Sogakope for Sunday’s crunch Premier League tie against the scientific soccer lads.

He is expected to lead the side’s attack against the Accra-based side- who have adopted the Red Bull Arena as their home ground.

The striker was on target in the side’s 3-0 win over Ebusua Dwarfs to take his goal tally to five goals in seven matches since he re-joined the side at the start of the second half of the season.