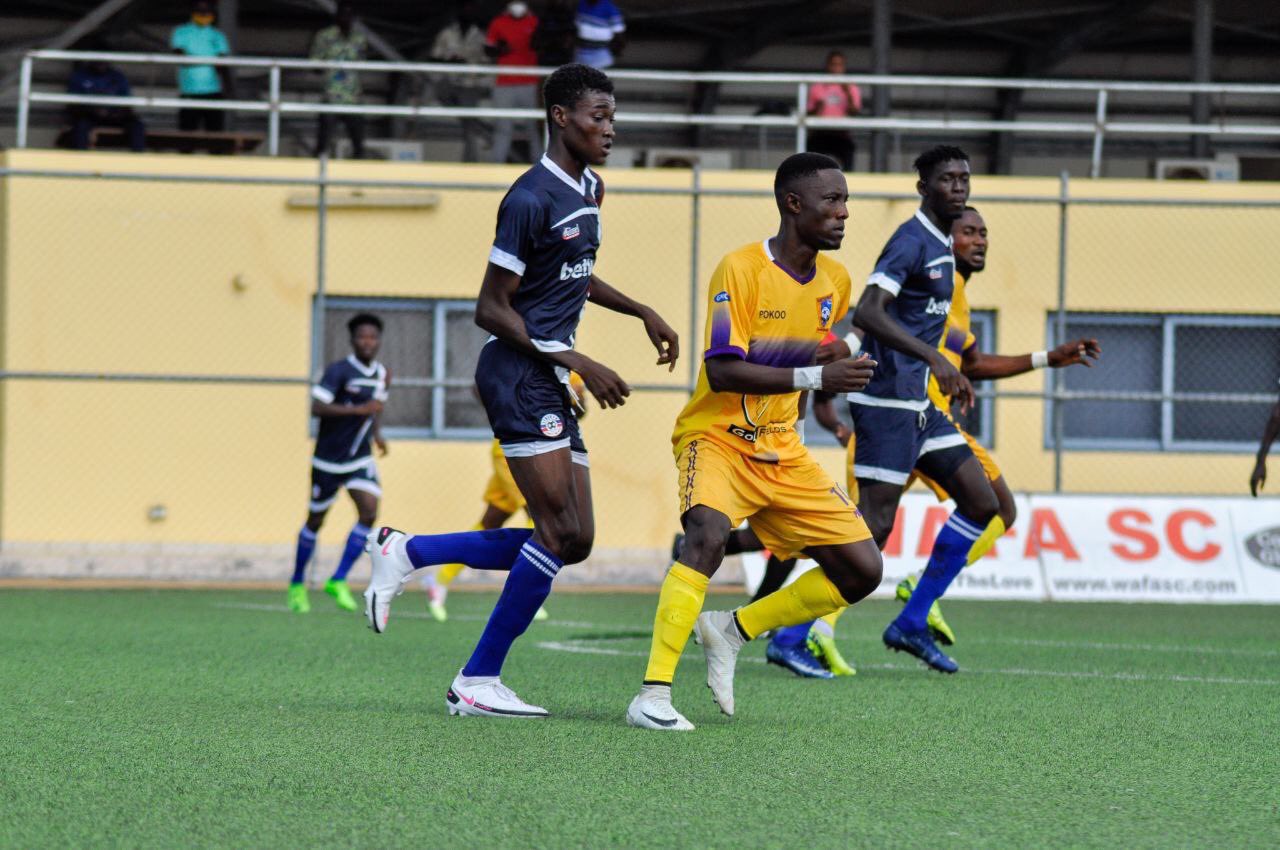 Medeama failed to go on top of the league following a goalless draw game against relegation-threatened side Liberty Professionals at the WAFA park.

The Mauve and Yellow needed to win to keep their chase for the league title alive but were held by a relentless Liberty Professionals side hoping to avoid relegation.

Coach Yaw Preko named a strong side to face Liberty Professionals in this tricky fixture played on Sunday afternoon as Prince Opoku Agyeman joined the team right after his marriage ceremony.

The Dansoman-based side playing home away from home have been impressive at the WAFA park and are yet to taste defeat in the second round.

They showed their consistency at home and prevented the fire power from Medeama in this encounter.

The two sides came close to scoring in the game but were denied by the woodwork.

Medeama have dropped to the second position on the league log after the draw with 40 points.