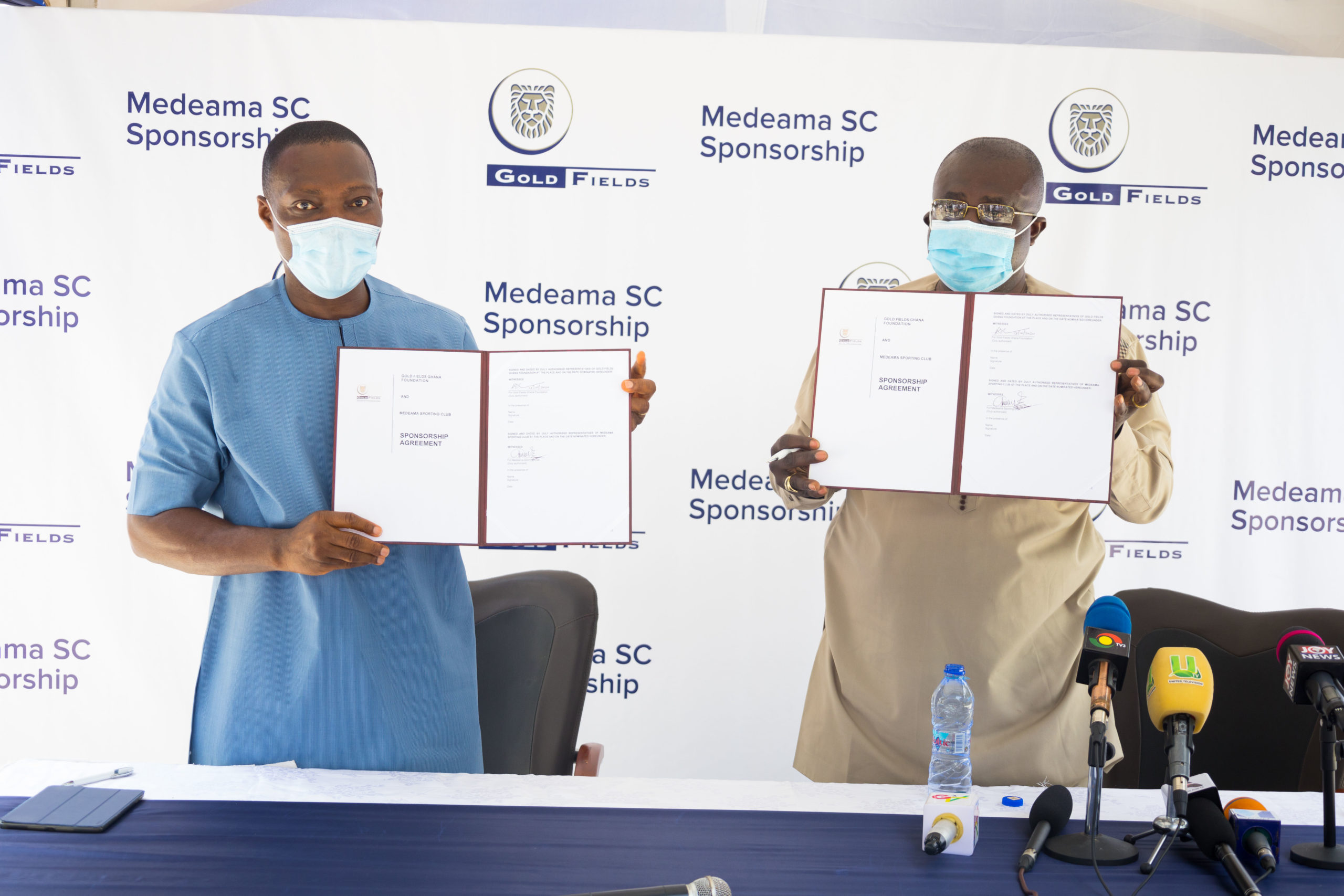 The Mauve and Yellows have received the financial cushion ahead of the start of the new season on November 13.

The $300,000  a year for the two-time FA Cup holders has come at a crucial time for the Ghana Premier League side.

This is the biggest sponsorship in club history for a season in Ghana.

And Medeama board chairman Dr Toni Aubynn admits to the weight of expectation on the team but insists the team will compete well in the upcoming season.

“This is massive for us and we are grateful to Goldfields Ghana for their continuous support,” he told the media at Tuesday’s press conference

“It also comes with an expectation on the team and we intend to surmount the challenge. We have been tasked to win either the league or the FA Cup and that’s what we will start working on.

“If we continue to be successful, we are confident Goldfields will continue to support us as they have done over the past 12-years.