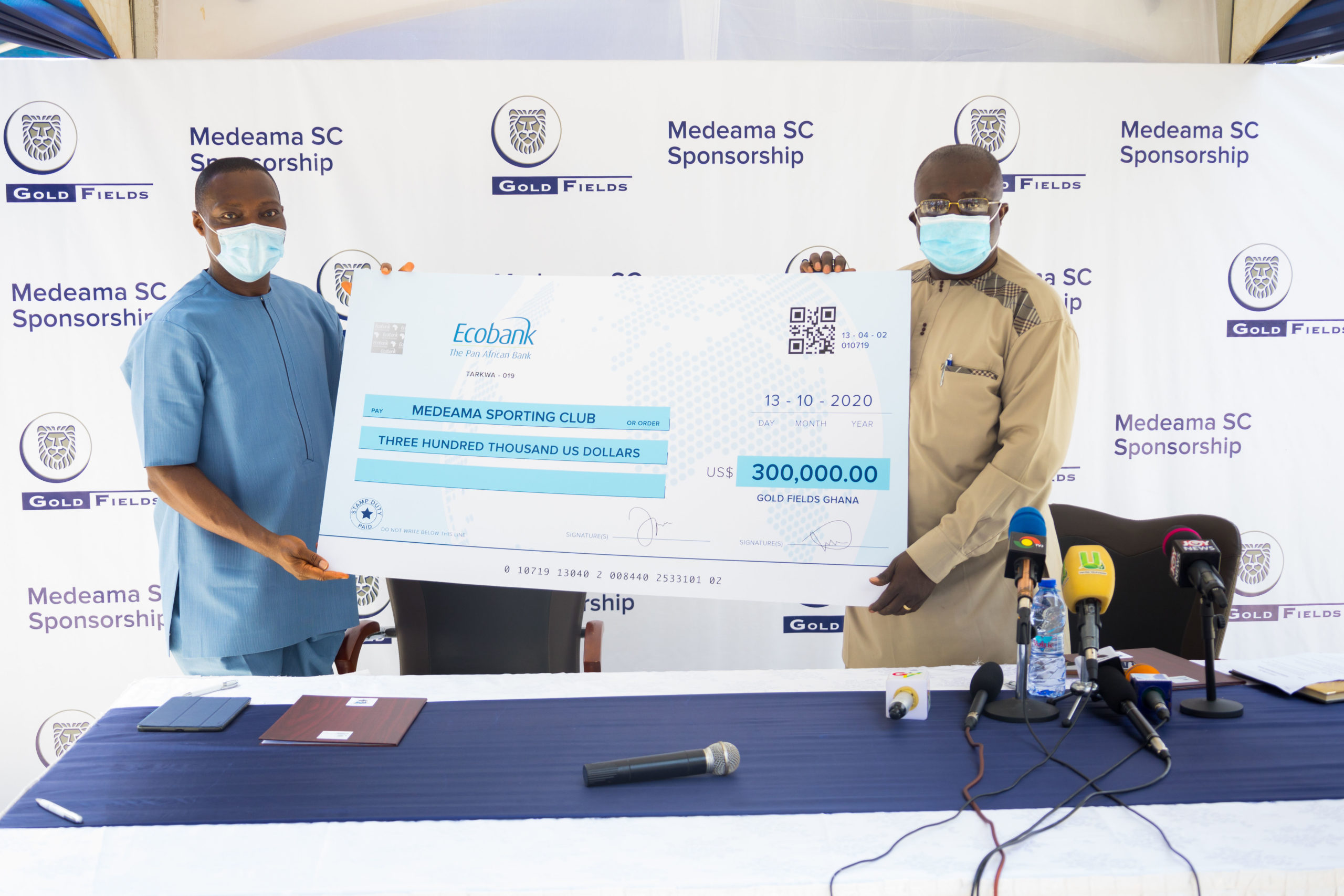 Goldfields Ghana  have announced a $300,000 sponsorship package with Medeama for the 2020-21 Ghana Premier League season.

The well-attended press briefing took place at the company’s Corporate Affairs Headquarters in the Ghanaian capital, Accra on Tuesday.

The sponsorship package is to cover the salaries of players and managers, medicals, accommodation, feeding, and logistics for the team.

Speaking at the signing ceremony, The Executive Vice President and Head of GoldFields in West Africa, Mr. Alfred Baku told the Management of the Club that, the purpose of the funds should be directed to its use.

“We expect the Management of the club to use the funds solely for the purpose stipulated in the sponsorship agreement.”

In line with Gold Fields’ sponsorship policy, Mr. Baku said, his outfit would monitor how the funds would be disbursed to ensure that they were used for the purpose for which it was approved.

SEALED: We have signed a sponsorship deal with mining giants Goldfields Ghana worth $300,000 for the 2020-21 @GhanaLeague season. pic.twitter.com/L1XlpOJPLI

He mentioned that, his outfit would continue to sponsor the community club, when they qualify to play in CAF Inter-continental Club competitions.

He disclosed that the Akoon Park in Tarkwa, which was recently rehabilitated would serve as the home-ground of the club and would enable the mining company to re-construct the T&A Park to an international standard for the club’s use.

Mr. Baku said the new T&A Park would boost the confidence of the players and help unearth football talents in the community and believes that, the stadium would turn Tarkwa into a football hub in the Western Region.

He added that the sponsorship package would motivate the players to put up an impressive performance in 2020/2021.

Dr. Tony Aubyn, the Board Chairman of Medeama SC expressed appreciation and noted the gesture would motivate and encourage the club to achieve excellent results in 2020/2021 and the subsequent seasons to come.