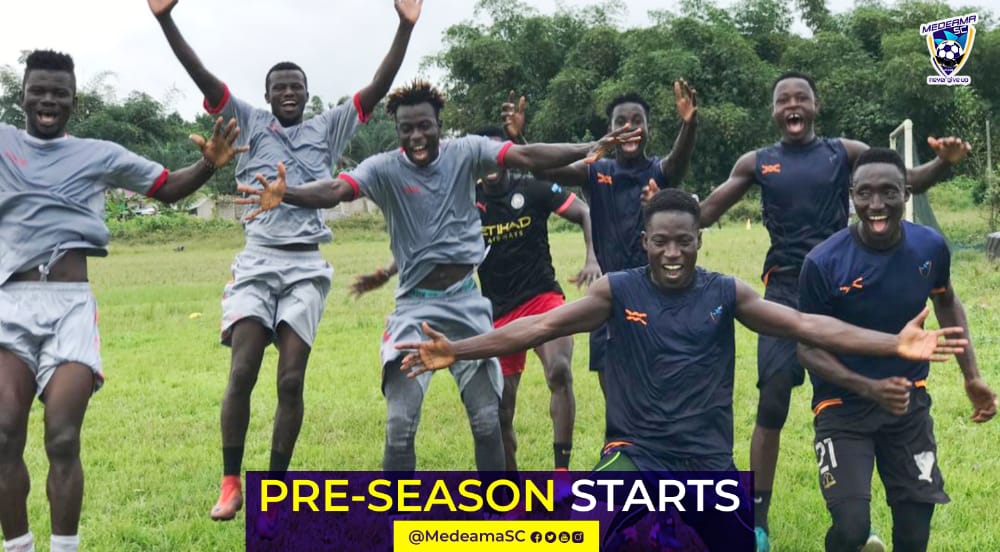 Medeama have intensified pre-season ahead of the 2020-21 Ghana Premier League season.

Senior players, new additions and promoted players from the team’s developmental squad have been training at Samahu Park.

Midfielders Kwasi Donsu, Eric Kwakwa, Justice Blay, Rashid Nortey and Richard Boadu are expected to fight for a place in what is expected to be a midfield battle in the upcoming season.

The Mauve and Yellows are determined to make a significant impact in the top-flight this term.

The spirit is building up strongly in camp as the team prepare to face Great Olympics on Sunday November 15 at the Akoon Park.