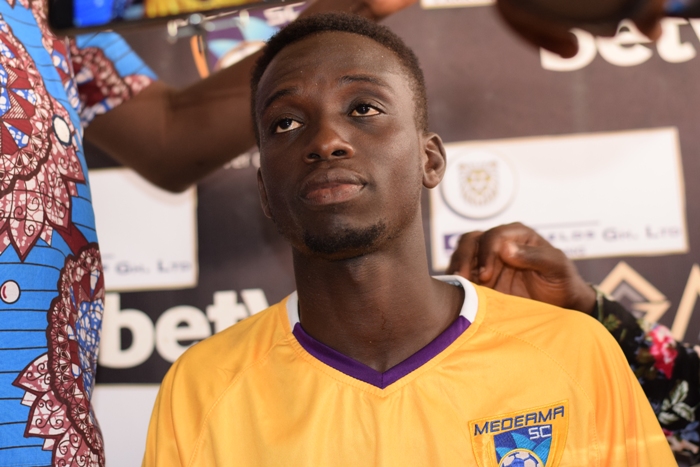 Youngster Ebenezer Ackhabi was crowned the best player after an electrifying performance in the side’s 3-0 win over Hearts of Oak on Sunday.

The former Achiesu United forward was a delight to watch as he dazzled with his quick feet at the newly-adopted Akoon Community Park in Tarkwa.

The blazing speedster tormented the Hearts defence with cheeky ease and made life unbearable for defenders Mo Alhassan and Fatawu Mohammed in particular.

It’s a massive leap for the youngster, who has gatecrashed the squad since joining last season.

The performance does a lot to his confidence as the season wears on.

He is expected to travel to Accra as the side face Liberty Professionals on Sunday.