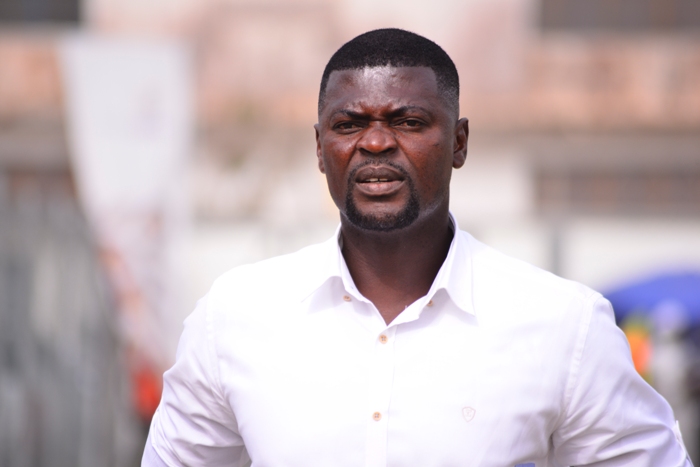 Medeama coach Samuel Boadu has been reflecting on the side’s 3-0 win over Hearts of Oak, insisting he intends to keep everyone at the club firmly grounded.

Striker Prince Opoku-Agyemang scored twice while substitute Nana Kofi Babil got the other goal as the Mauve run riot over the Phobians at the Akoon Park in Tarkwa.

It’s been an exhilarating start for the two-time FA Cup winners who have moved top of the Premier League table after just two matches.

But coach Samuel Boadu says he is not getting carried by the side’s impressive start to the season.

“We are happy to this point. But there is a lot of work to be done,” he told  medeamasc.com

“Nobody is getting carried away at all. There are many tough games ahead and we have to keep the positive mentality.

“We know how tough the Premier League is, we know how football can change, so we are very much focused on the next match.”

Medeama will face Liberty Professionals in their next Premier League game in Accra on Sunday.