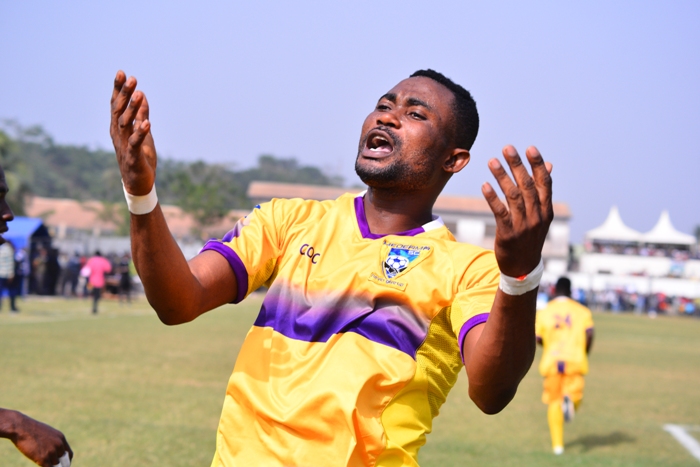 Since he moved from New Edubiase to the Tarkwa based side, Opoku Agyemang has been a prolific goal scorer in the Ghanaian top flight. Agyemang was on form before the league was put on hold, he scored 11 goals in 14 games.

“I will say our striker Prince Opoku Agyemang, the reason is I took him from Division One (New Edubiase) and he has been very clever with the way he has adapted to the Premier League in his first season,”

“And aside him being a goal scorer, he also holds the ball and dribbles well,”

Coach Boadu believes the forward’s brilliant performances in his debut season in the league places him ahead of his competitors.