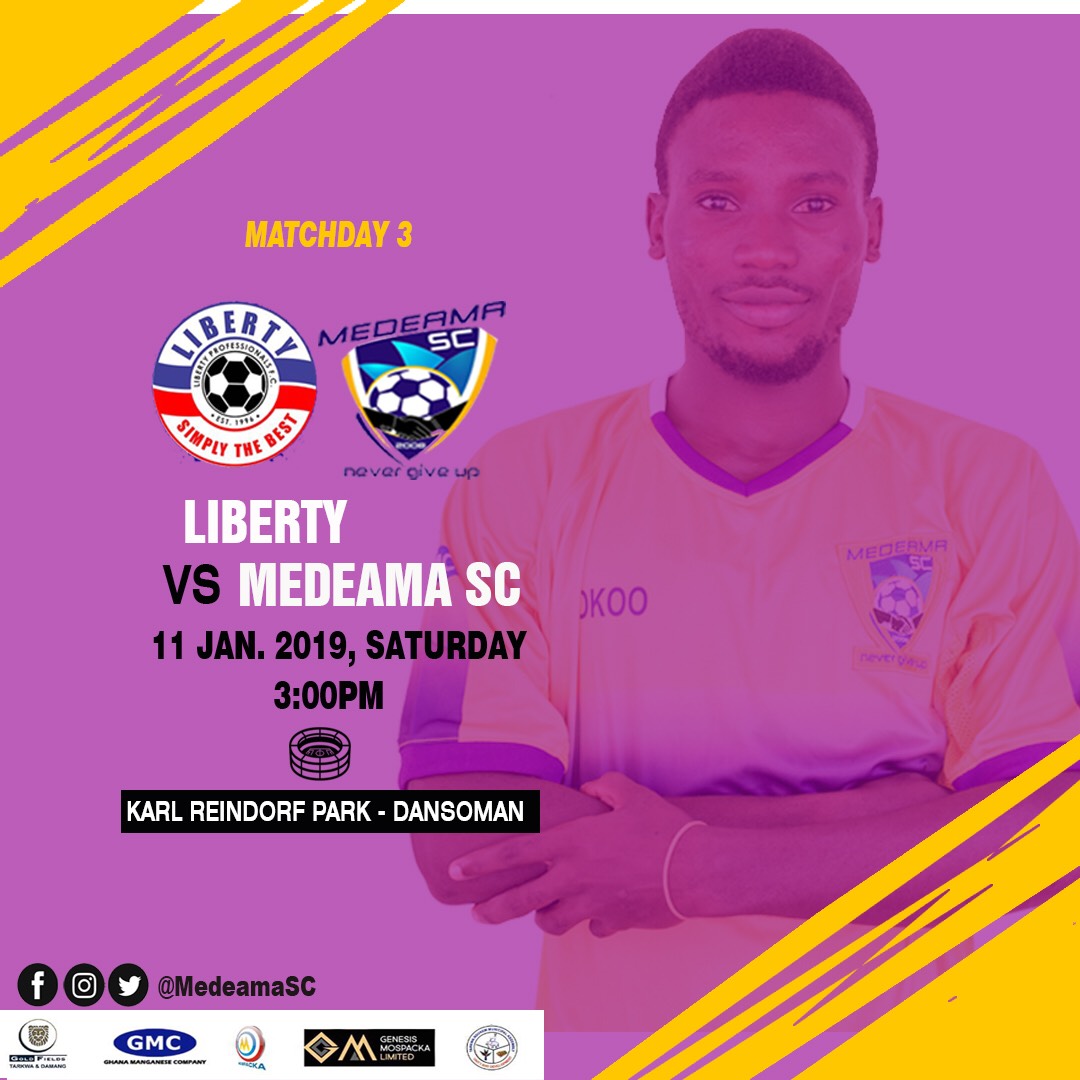 Medeama travel to Liberty Professionals on Saturday seeking to continue their impressive start to the Ghana Premier League season.
The Mauve and Yellows are top of the table after recording wins in their opening two matches.
The two-time FA Cup winners return to a familiar territory in Dansoman seeking to maintain an impressive start to the season.
They last drew 2-2 with the scientific soccer lads at the same venue.
Midfield maestro Kwasi Donsu is expected to start after climbing off the bench in the side’s 3-0 win over Hearts of Oak.
The Tarkwa-based side have traveled to the capital with an attacking trio Prince Opoku-Agyemang, Nana Kofi Babil and Ebenezer Ackhabi.
Defender Ibrahim Yaro has made the trip but remains to be seen if coach Samuel Boadu will alter his defensive pair of Daniel Egyin and Ali Ouattara.
Liberty coach David Ocloo has been preaching about his side’s readiness to halt Medeama, insisting he has the men to do just that.
The scientific soccer lads can rely on highly-rated goalkeeper Ganiwu Shaibu.
Shaibu has earned massive plaudits for his commanding display in post since the start of the season.
He was adjudged the best player after he put up a heroic in their 0-0 draw at Berekum Chelsea.
It’s been a fantastic start to life for the young goalie, who is expected to be key for the side on Saturday.
A win for Medeama will consolidate their grip at the top of the table while Liberty will be desperate for their first win of the campaign after sharing the spoils against Legon Cities in the season’s opener two weeks ago.