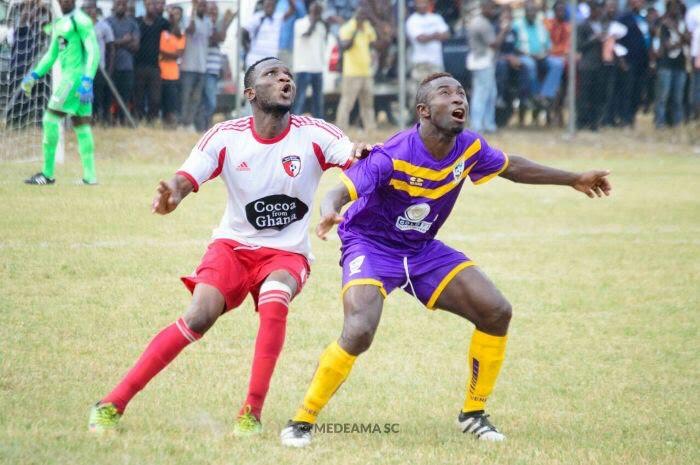 We are delighted to announce that former striker Bernard Ofori has re-joined the club on a two-year deal.

Ofori has returned to Tarkwa after ending his spell at Zambian side Zanaco FC.

He is back to a familiar territory after scoring 8 goals in the 2016/18 Ghana Premier League season before departing the club.

He is expected to boost the attack which already has Prince Opoku-Agyemang and Nana Kofi Babil blazing in the early stages of the season.

“I am really thrilled to be back to this great tradition and hope to continue from where I left off,” he told medeamasc.com

“Tarkwa is home and will hope to make the fans happy.

“The bond in the team is strong and building up and we’ll continue to fight for the jersey.

Chief Executive James Essilfie said: We are delighted to have a striker in the caliber of Ofori joining us again for a second spell.

“He is a young lad with lots of energy and determination. He is a top professional who will contribute immensely to our club.

“We are hopeful his second spell will be as successful as the first one.”