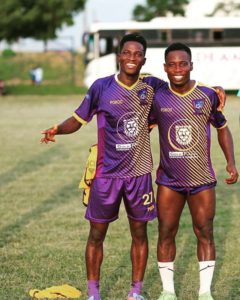 Coach Ignatius Kwame Osei-Fosu has been trimming the rough edges of the team as they intensify pre-season preparations in Kumasi.

The gaffer has been working with the group in the country’s second largest city, putting the team through their paces.

The team is shaping up as the coach continues to work with the group.

The two-time FA Cup holders lost 3-2 to King Faisal at the Paa Joe Stadium at the Kwame Nkrumah University of Science and Technology.

However, the team rallied to draw 2-2 with AshantiGold in Obuasi last weekend.