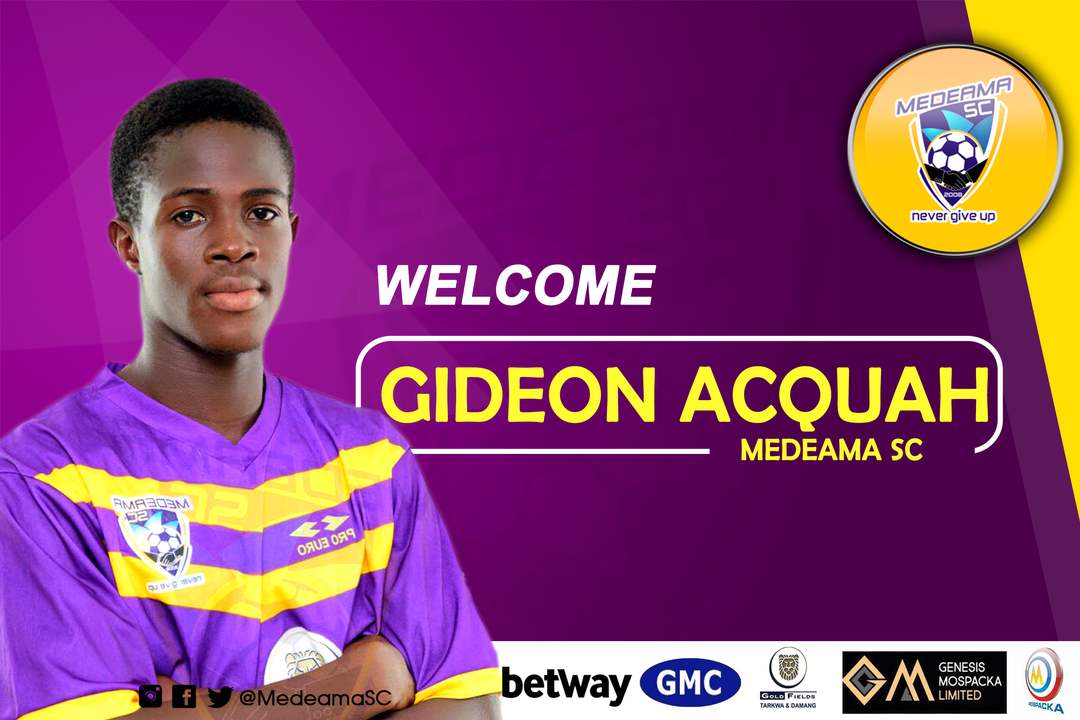 New signing Gideon Acquah is delighted to have joined Medeama, a club with huge ambition.
The former Ghana Under-17 defender has joined the Mauve and Yellows on a two-year deal from Accra Sporting Club.
The youngster has spoken to Medeamasc.com for the first time and says the club’s growing tradition enticed him to Tarkwa.

“It feels really good and I’m pleased to be here,” he told medeamasc.com

“I’m happy to have signed at Medeama for two years and I’m really pleased.

“This is a great with a huge potential and traction. I have followed the club for the past few years and I am happy to join this great family.”

Acquah was part of the Black Satellites squad that will represented Ghana at the Africa Youth Championship and the FIFA U17 World Cup in India last year.

He spent last season at Division One League side Bofoakwa Tano.