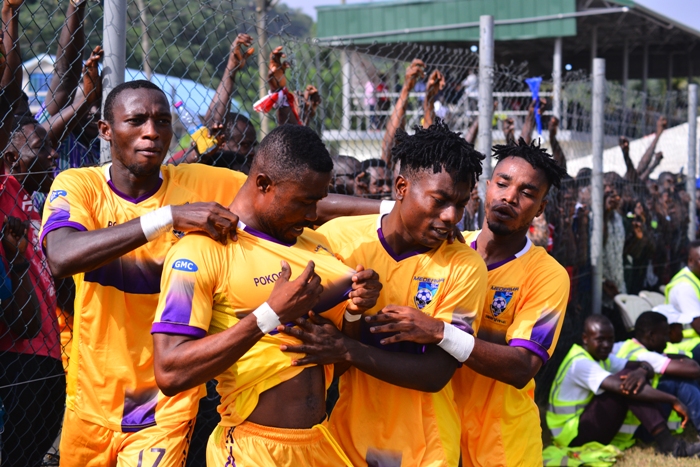 The inform forward converted an early penalty to separate the two side on the day.

Medeama began to control the game and went into recess with the solitary lead.

The win sends the Mauve and Yellows top of the table, albeit temporarily.

The game was watched by former England and Liverpool legend Emile Heskey.