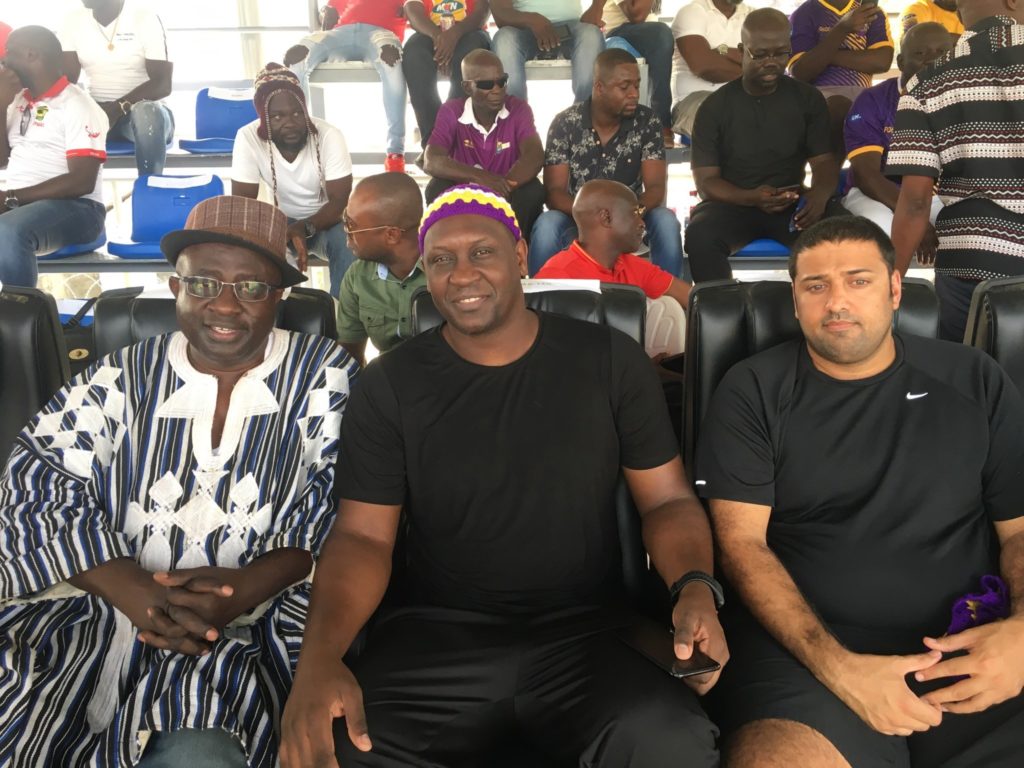 Heskey, who has been in the country for some few days, took time off to enjoy a piece of the local game and was highly impressed by the level of competition between the two side.

The host, Medeama won the game after Prince Owusu Agyeman converted from the spot in the second minute of the game.

The match did not produce a lot of goals but both sides showed high levels of performances earning applause and praise from the crowd.