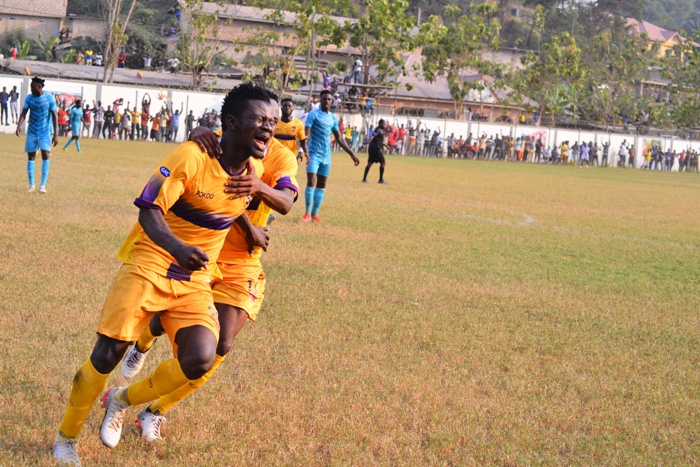 Kwasi Donsu scored with the last kick of the ball as Medeama left it late to beat Bechem United 1-0 in a closely contested game on Wednesday.

Donsu, who put up a man of the match performance, drilled in from an Isaac Agyenim Boateng’s sleek assist.

The injury-time winner sent fans at the Akoon Park agog as the Mauve and Yellows maintained their 100 percent record at home.

It was a massive game for both teams as their similar style of play shaped the telepathy nicely.

Medeama spurned several chances against a resolute defensive network from the visitors.

In the end Bechem United goalkeeper Asempa may have himself to blame with several delay-tactics approach which came to hunt him.

It’s a massive reprieve for the home side who pick another maximum points at home.