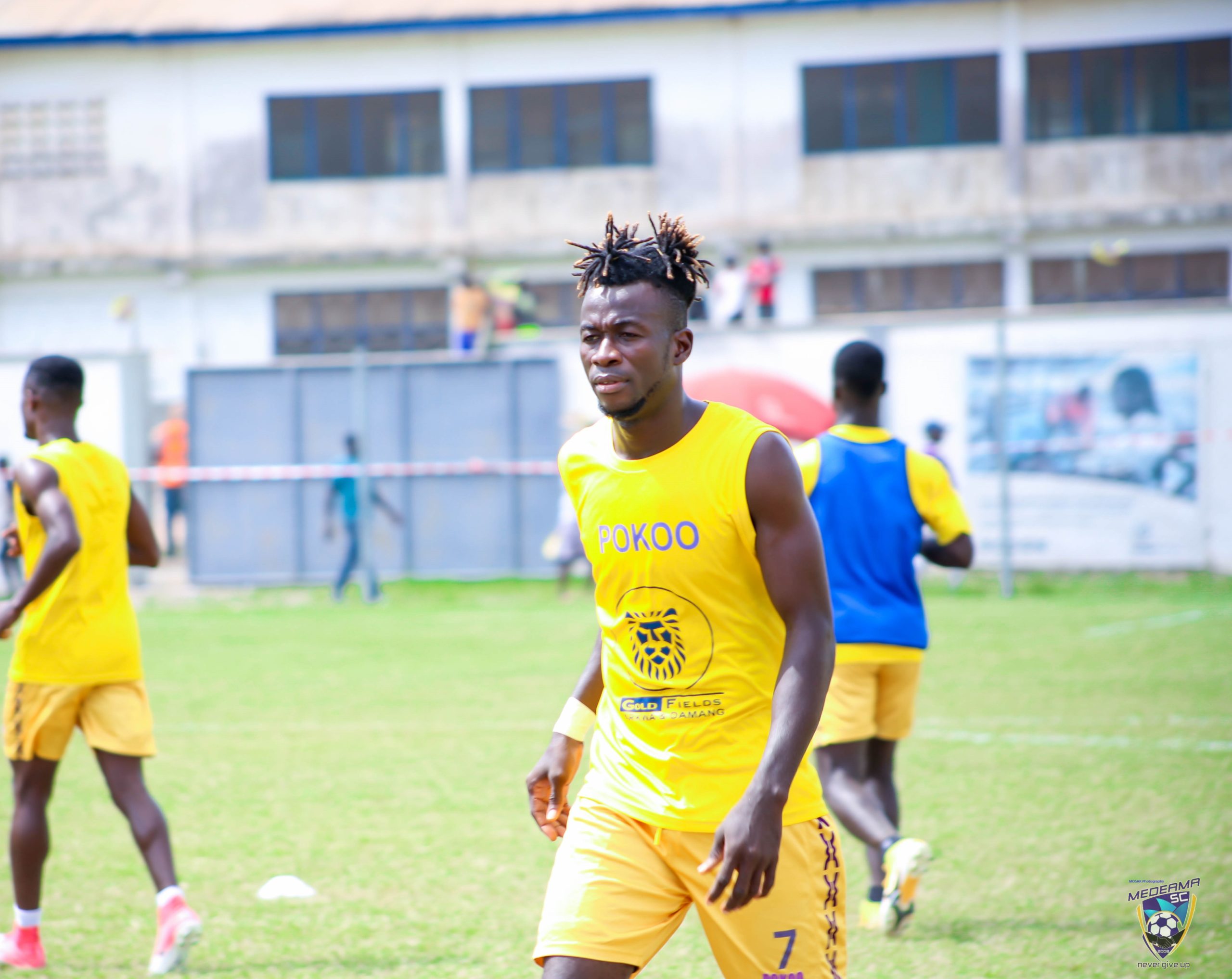 Medeama will be without star midfielder Rashid Nortey when they host relegation-threatened King Faisal at the Akoon Park on Wednesday.

Nortey is suspended for the match and will be absent as the Mauve and Yellows seek to compound the misery of the visitors.

However, midfielder Richard Boadu returns to the squad to battle the Kumasi-based side after missing the FA Cup win at Karela United due to injury.

The combative and highly-rated midfielder returned to full scale training with the group on Monday and has been named in the squad to battle King Faisal.

There are still no signs of left-back Bright Enchill with Fatawu Sulemana expected to maintain his place in the Medeama set-up.

King Faisal will be aiming for another remarkable performance on the road at Tarkwa- a place they have fared well over the period.

They have just lost once and drawn several matches in the mining town and will be keen to chalk another impressive result at the Akoon Park.

King Faisal’s last visit to the Akoon Park ended in a 0-0 stalemate against Karela United in 2019.

The visitors lie 17th on the table with 32 points from 29 games and will be desperate to move out of the relegation trap net.

A famous over Medeama in Tarkwa will help cushion the side and give them a realistic chance of fighting off the drop.