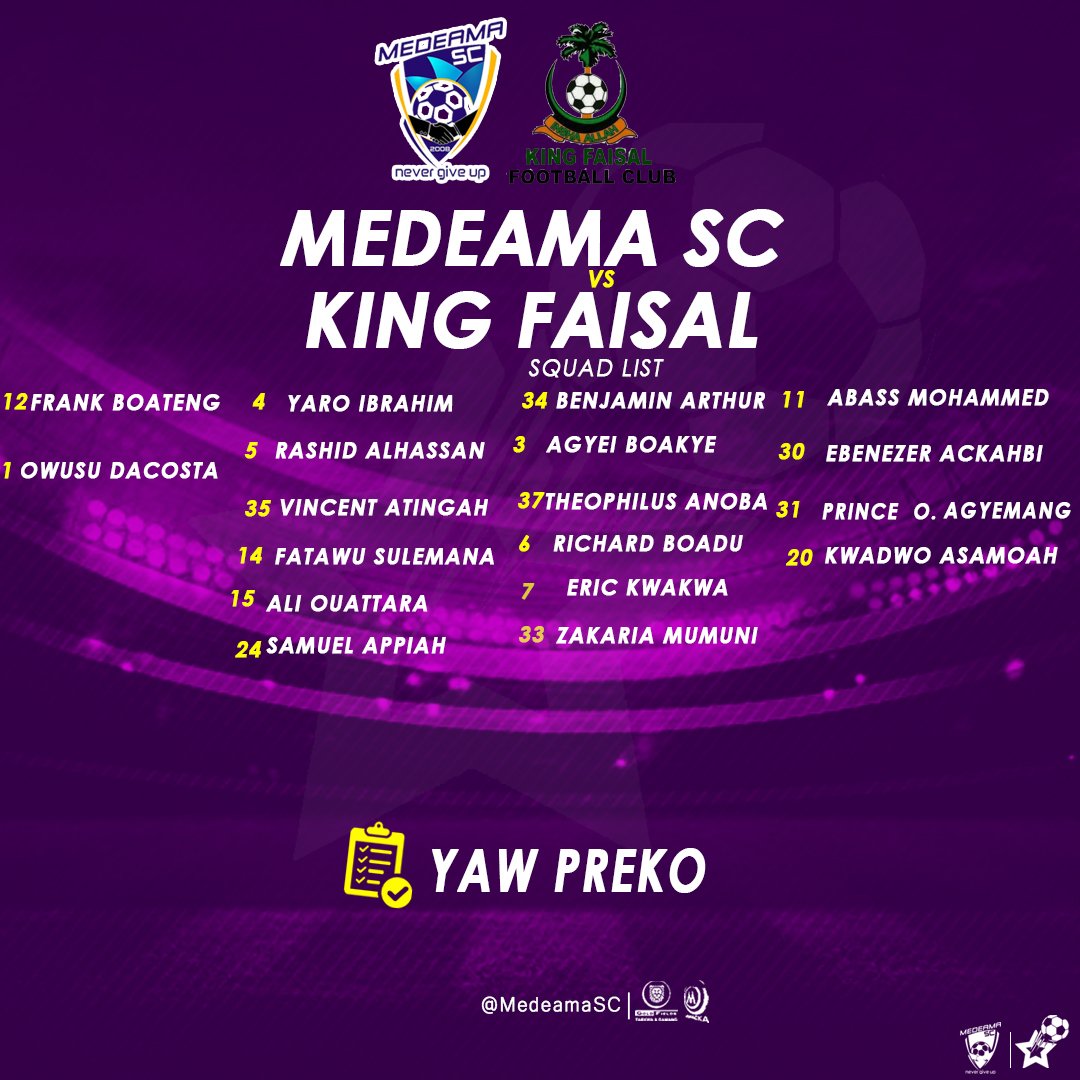 The boss has named an 18-man squad for match day-30 of the Ghana Premier League match against King Faisal.

Midfielder Rashid Nortey is suspended for the match while Baba Musah remains absent.

However, Richard Boadu returns to the squad after missing the FA Cup win at Karela United after recovering from an injury.

Goalkeepers Frank Boateng and Dacosta Owusu are in post for the Mauve and Yellows.