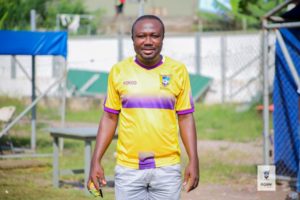 Medeama Chief Executive James Essilfie has urged the club’s supporters to lower their expectations this season.

The Mauve and Yellows suffered their second worst defeat since the club made its Premier League debut some 11 years ago after losing 4-0 at Bechem United.

Chairman Essilfie has told the club’s supporters to measure their expectations.

“It’s important for our fans to measure their weight of expectation on the team this season,” Essilfie told medeamasc

“We have a new coach and he will need to time to get everything right. We don’t want to pressure on him and the players.

“This is a very demanding club but it’s important to be realistic in the scheme of things.

“We have a good squad capable of competing but we need time for them to jell.”

Medeama will next take on Bibiani Gold Stars at the Cape Coast Stadium on Sunday.