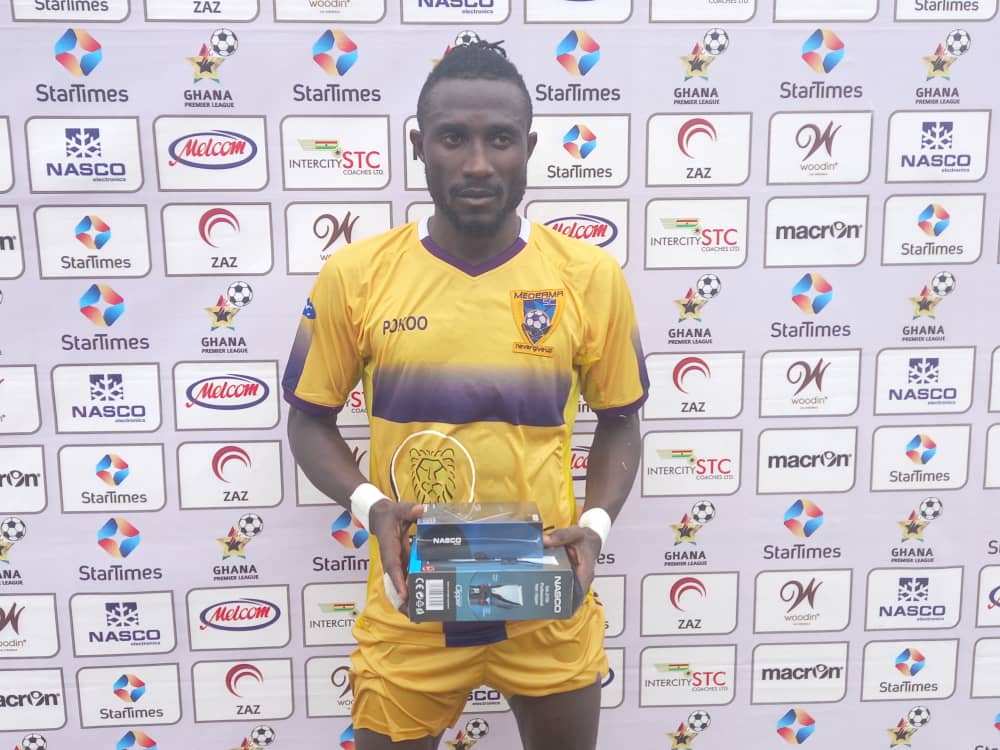 Ibrahim Yaro was awarded man of the match following Medeama’s come from behind 2-1 win over Asante Kotoko in the Ghana Premier League on Saturday.

The 24-year-old put up an impressive defensive performance and was duly rewarded after the match at the Len Clay Stadium in Obuasi.

He received NASCO products from the match commissioner.

Yaro helped Medeama condemn Kotoko to their first defeat under Portuguese trainer Mariano Barreto, who took charge of the club in the second round.

Gyamfi gave Kotoko the lead in the 12th minute with a header from close range.

But goals from Prince Opoku Agyemang and Richard Boadu ensured Medeama secured victory to go top of the league.