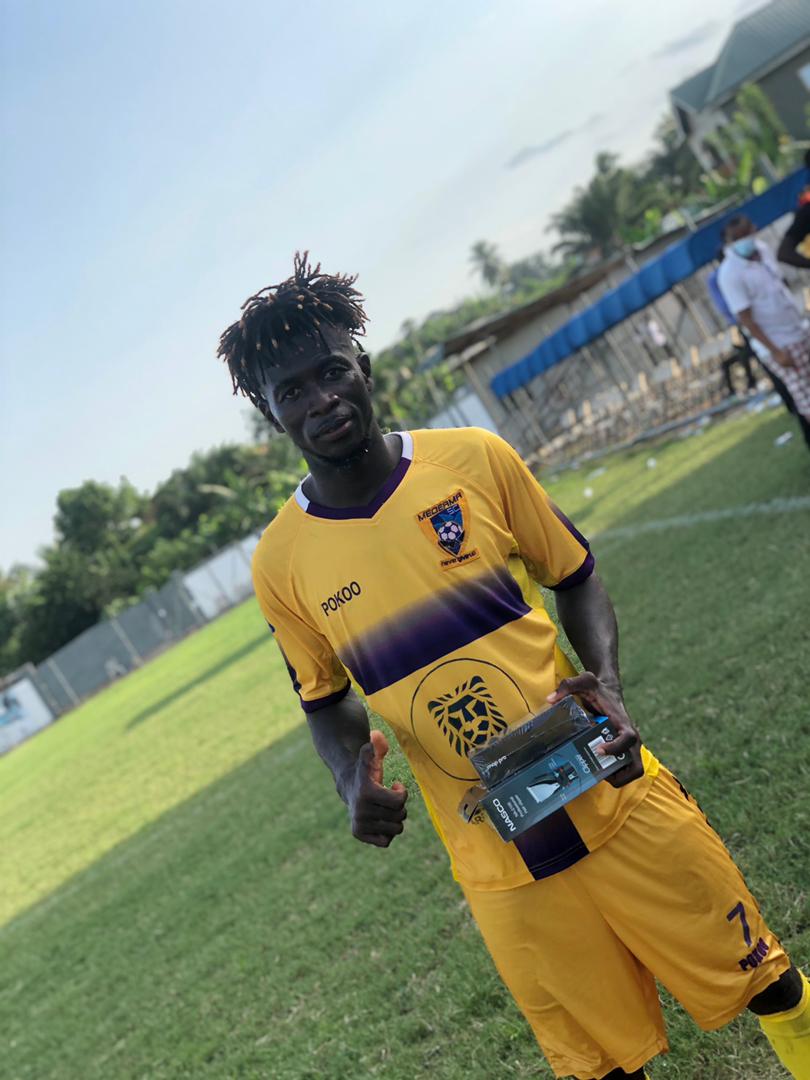 Medeama midfielder Eric Kwakwa was adjudged Man of the Match in the side’s 2-1 win over Legon Cities on Sunday.

The silky midfielder – who replaced suspended Rashid Nortey, impressed at the Akoon Park in his second start of the second round.

Kwakwa bossed the midfield with aplomb as the home side secured a vital win against the Royals at the Akoon Park.