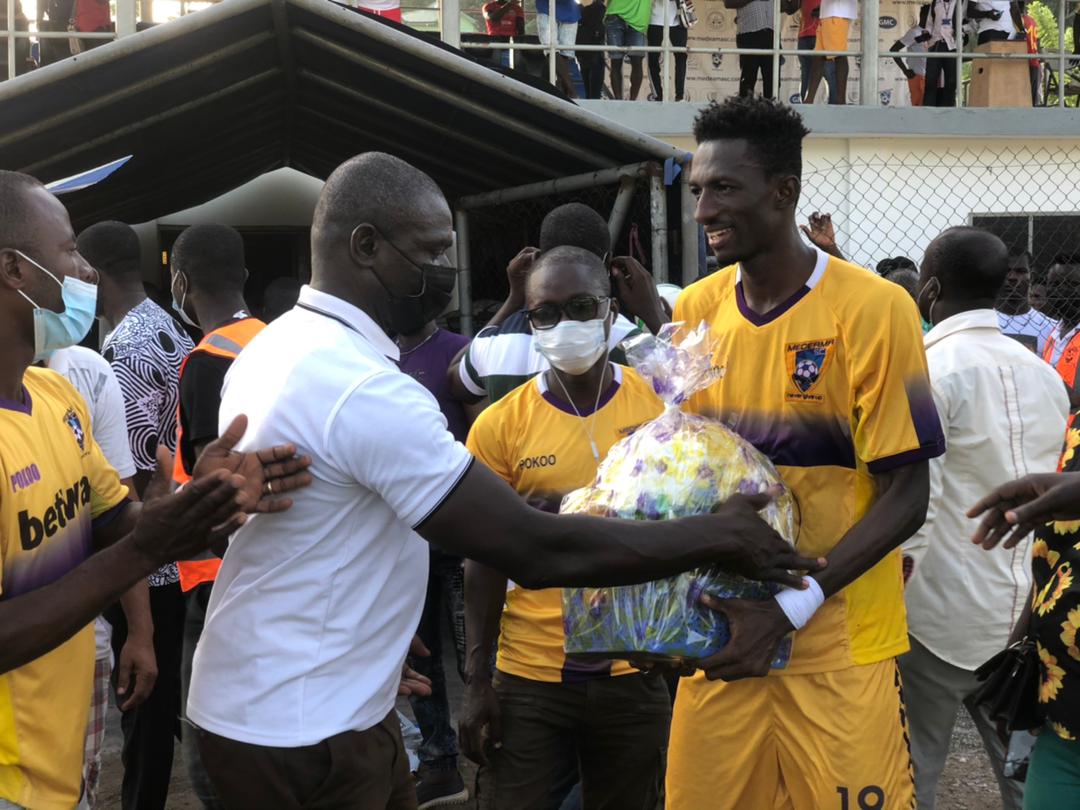 Medeama defender Baba Musah Abdulai was crowned fans’ Player of the Match in the side’s remarkable 2-1 win over Legon Cities in the Ghana Premier League on Sunday.

The exciting centre-back was handed an impressive hamper by the club’s supporters after the victory at the Akoon Park.

Despite Eric Kwakwa being adjudged the best player of the match, it was the defender who caught the attention of the club’s supporters.

Medeama supporters have decided to reward players who excel after every home match at the Akoon Park until the end of the season.

@a_babaofficial was crowned fans’ Player of the Match against @LegonCitiesFC after another solid defensive display in the 2-1 win over the Royals on Sunday.

The supporters group presented a hamper to the towering defender via https://t.co/8fVaEuRHdQ#MauveandYellow 💜💛 pic.twitter.com/jFM39x3IRN