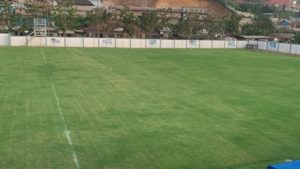 Medeama’s Akoon Community Park has been cleared and will host the side’s first Premier League match of the season against Bibiani Gold Stars on today (Tuesday) November 9, 2021.

The game which was initially scheduled for Sunday, November 7 was postponed due to the unavailability  of the match venue.

However, the Akoon Park has seen a massive facelift following renovation works  and has now been cleared to host Premier League matches.

After a thorough checks and inspection, the venue has been approved to host the Mauves and Yellows home matches in the 2021/22 Ghana Premier League season
The two time FA Cup champions will be playing at home for the first time this campaign when they face newly-promoted Bibiani Gold Stars at 1500GMT on Tuesday.