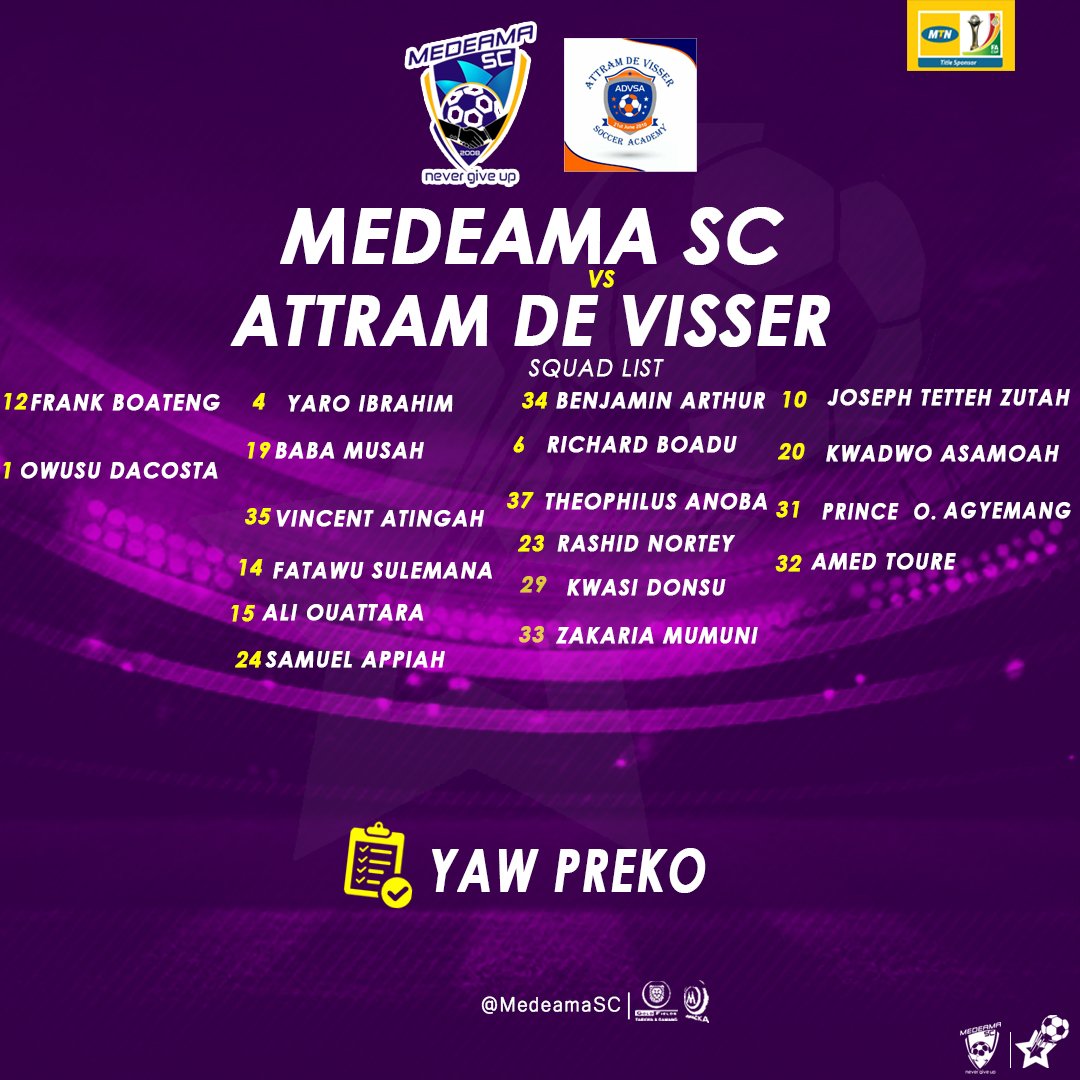 Zutah is back in the squad since he picked up an injury in the side’s 1-0 win over Karela United last month.

The skipper of the side has been named in the squad expected to take on the third-tier side at the Akoon Park.