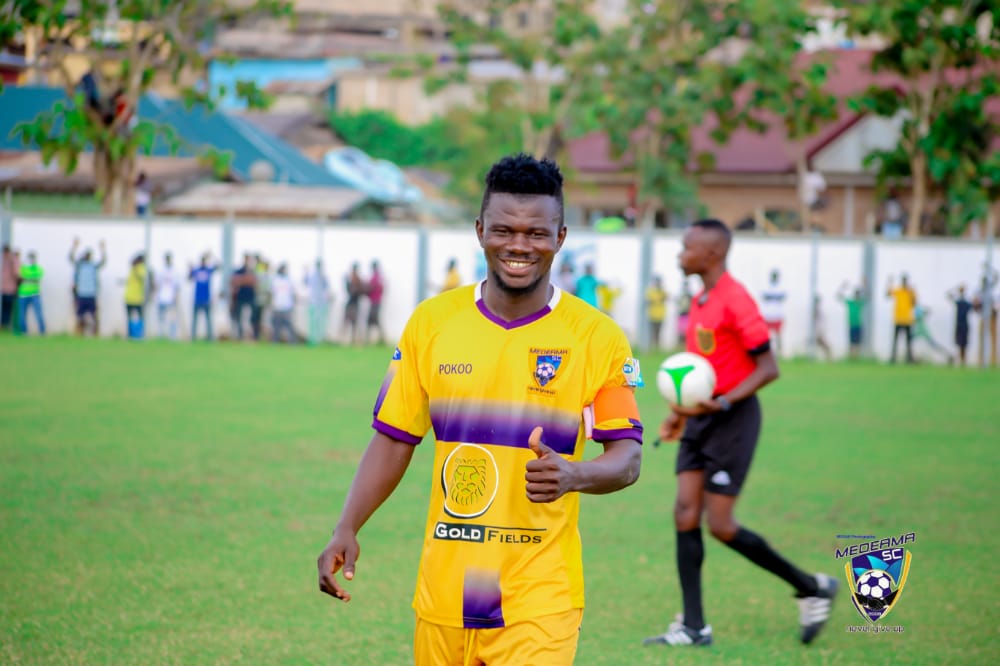 Kwasi Donsu’s late penalty helped Medeama to a 1-0 win over Berekum Chelsea to end the season in fifth-placed.

The Mauve and Yellows needed an 86th penalty from the sensational midfielder to bag maximum points.

Donsu climbed off the bench to score the crucial win infront of the home fans to end the campaign.

The two teams sold out an entertaining first half but failed to produce any goals.

Out of the 34 games the team played, Medeama SC bagged 54 points after winning 15, drawing 9, and losing 10 in the process.