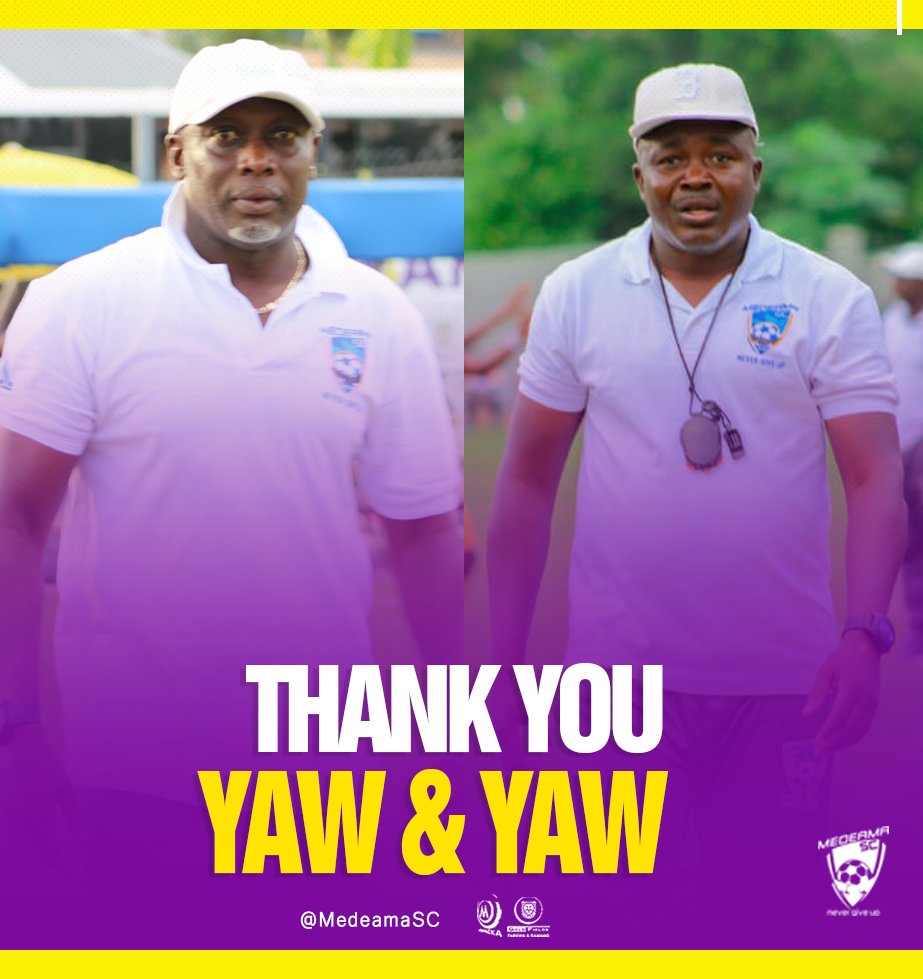 The club would like to announce the departure of Head Coach Yaw Preko and his assistant Yaw Acheampong at the end of the season.

The parries have parted ways mutually after the two coaches ended their contract with the Mauve and Yellows.

Yaw Preko replaced Samuel Boadu back in March this year and supervised the team as they finished 5th on the league table and finished as semi-finalist in the MTN FA Cup.

Acheampong also took the place of Hamza Obeng – who also left with his former Medeama boss in the middle of the season.

The club would like to thank the two coaches for their services to the club and wish them well.