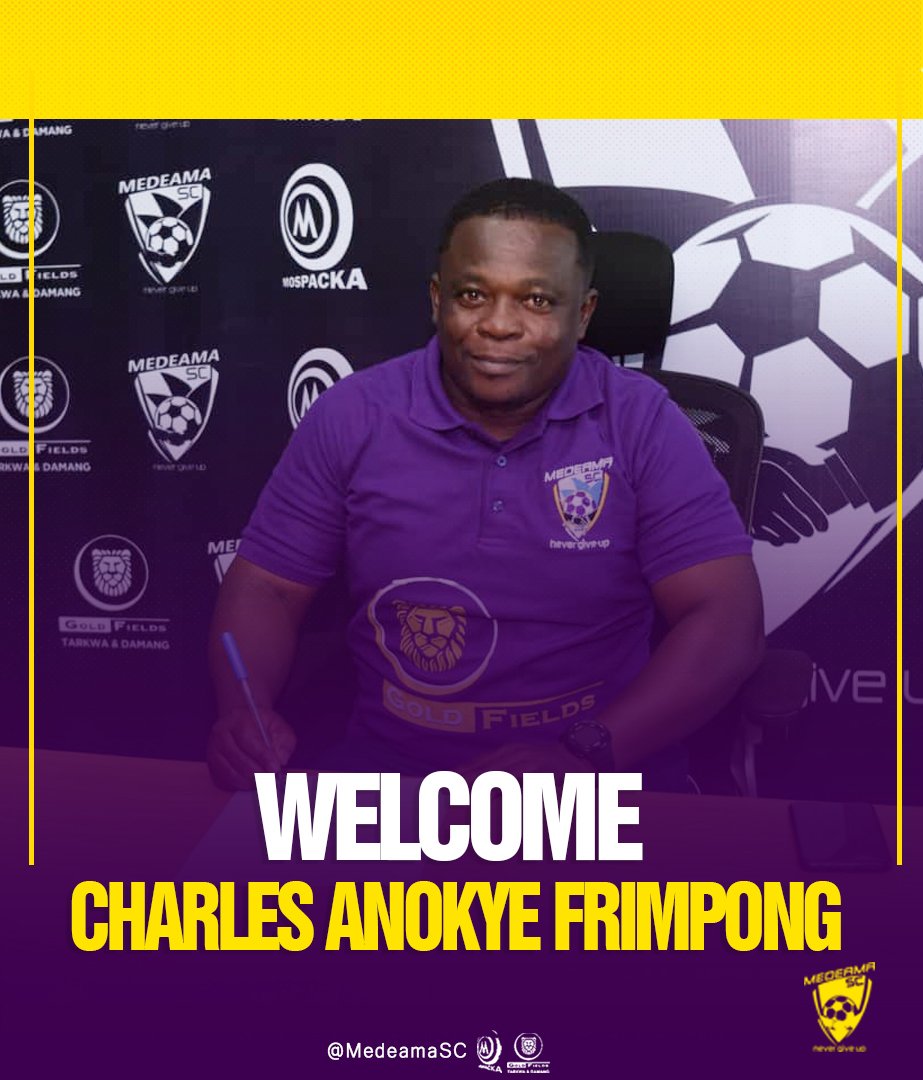 The young tactician replaces Yaw Preko as the new man in charge after signing a three-year deal in Tarkwa.

Ignatius Osei-Fosu has been tasked to built a team that will compete for the league title and also participate in the 2021/2022 CAF Confederation Cup.

In his last job, he led Eleven Wonders to escape relegation, finishing a respectable 12, which has seen his stock rise.

Osei-Fosu will be assisted by Charles Anokye Frimpong who has also signed a three-year contract with Medeama.

Medeama finished 5th on the premiership standings and also reached semi-finals of the FA Cup.

The Yellow and Mauves eye the championship title in the next season and are hopeful Osei-Fosu is the right man to lead the club the chalk the success.