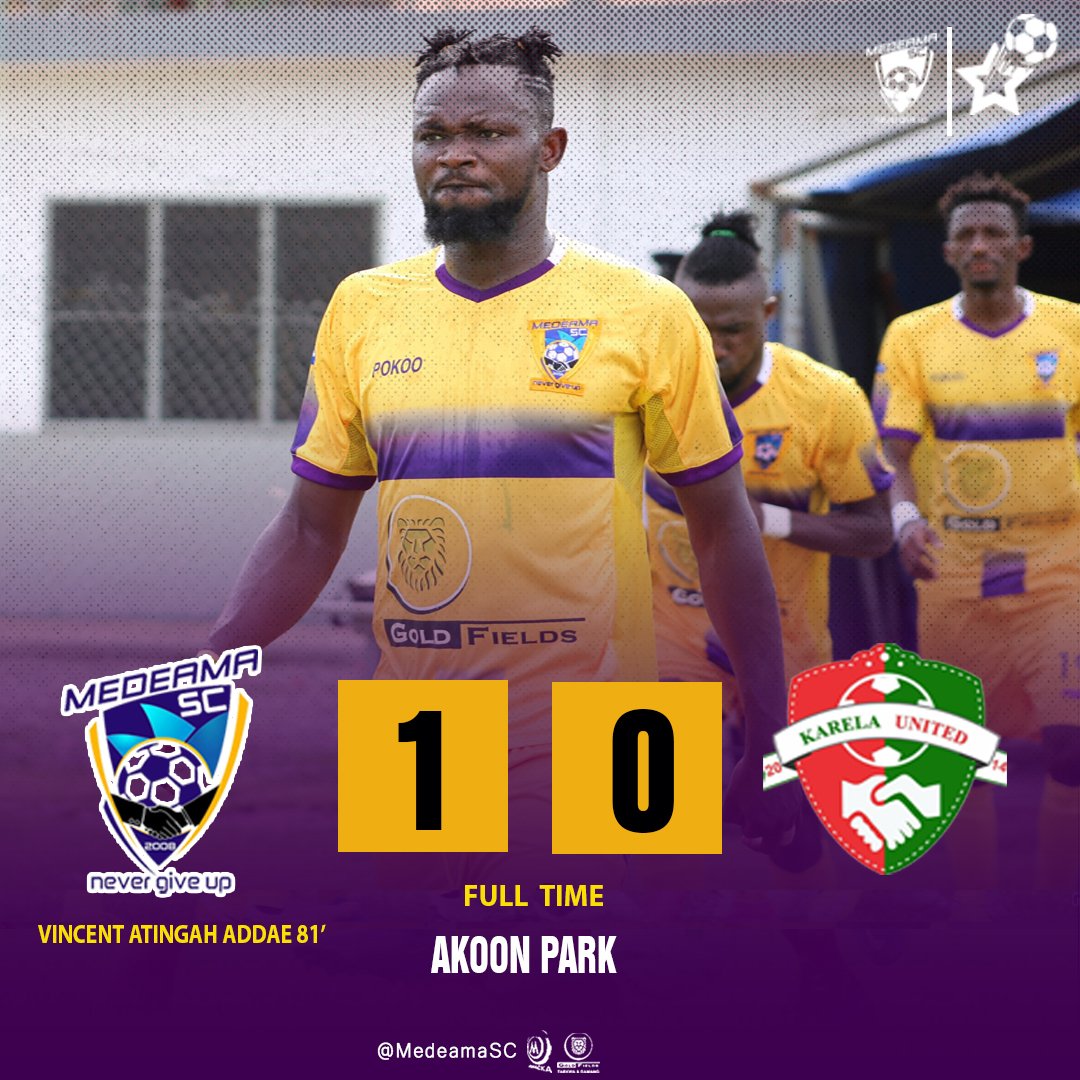 Medeama SC pipped Karela United 1-0 to move to third on the table temporarily in the Ghana Premier League  and reduce the pressure on coach Yaw Preko.

Defender Vincent Atingah headed the only goal of the game in the 81st minute to hand victory to the Mauve and Yellows.

The two times FA Cup champions have been under intense pressure going into the game after losing 3-0 to Inter Allies last week.

But Medeama recovered from the blip and were dominants in the first half but could not break the deadlock.

Karela United goalkeeper Richard Baidoo, who clinched Man of the Match, stood between the club and Medeama over potential avalanche of goals.

The on-loan Hearts of Oak goalie, was at his best stopping several attempts by the Mauve and Yellows.

He stopped an Opoku Agyemang goal-bound twice in the first and second half while the crossbar denied Zakaria Mumuni.

Medeama were the better side and created several decent goal scoring chances but for goalie Richard Baidoo agility and timeous clearances.

Opoku Agyemang’s header from Zakaria Mumuni’s incisive free-kick was parried by the goalkeeper in the 19th minute.

He was again on hand to deny the host the opener after Mumuni’s rocket ricochet off the crossbar after rounding-off the Karela United defence.

Medeama piled for the opener in the first half but the resolve opposition made it difficult for the side.

A very determined second half performance saw the hosts fight strongly to grab all three points in the second half.

Asamoah’s corner kick was parried by goalie Richard Baidoo but that was as far as defender Vincent Atingah, who headed home the only goal of the match and his first debut goal for the side with nine minutes left on the clock.

The win takes them above Karela and Great Olympics as they move to third position on the table.

Medeama have now won two game on the bound after eliminating third-tier side Eleven Wise 1-0 in the MTN FA Cup Round of 64.

They have now accounted for rivals Karela United and head to the capital ahead of the big clash against leaders Hearts of Oak next Sunday.