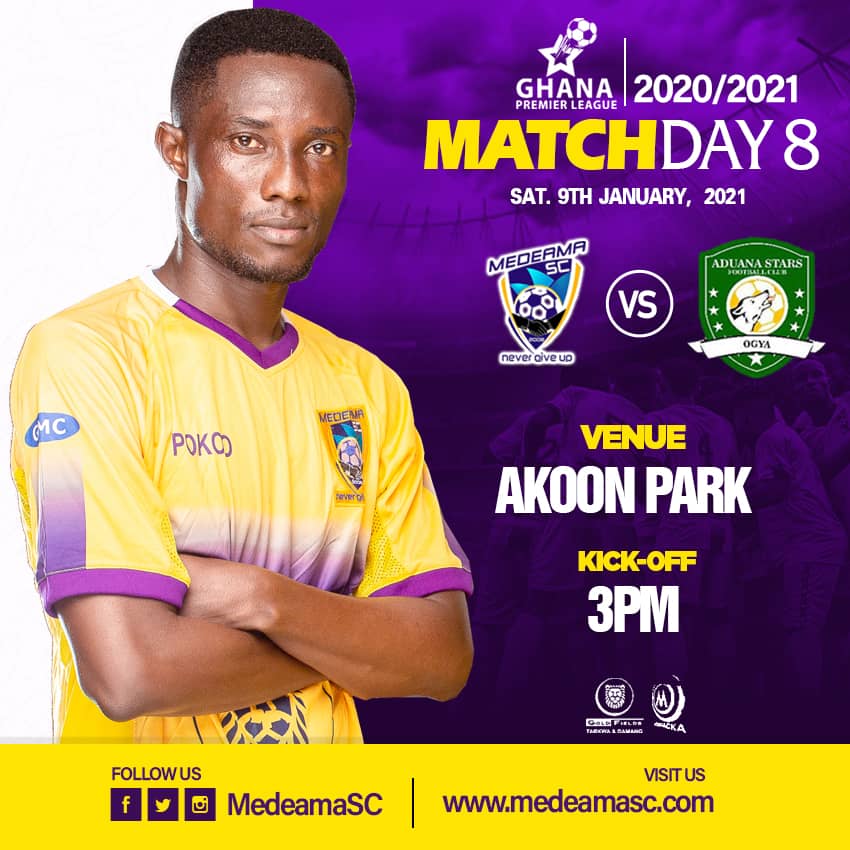 Medeama coach Samuel Boadu has named an 18-man squad for the must-win game against Aduana Stars on Saturday.

The gaffer has left out goalkeeper Eric Ofori Antwi who is down with a bout of malaria.

The situation means goalkeeper Frank Boateng gets his chance against the Fire Club while young shot-stopper Owusu Dacosta Junior makes the bench.

There are places for regular defenders Daniel Egyin and Ali Ouattara as well as Samuel Appiah.

Medeama are in desperate need of oxygen as they eye their first win at home this season.

The Mauve and Yellows have picked just two points from a possible six after draws against Great Olympics and Asante Kotoko.