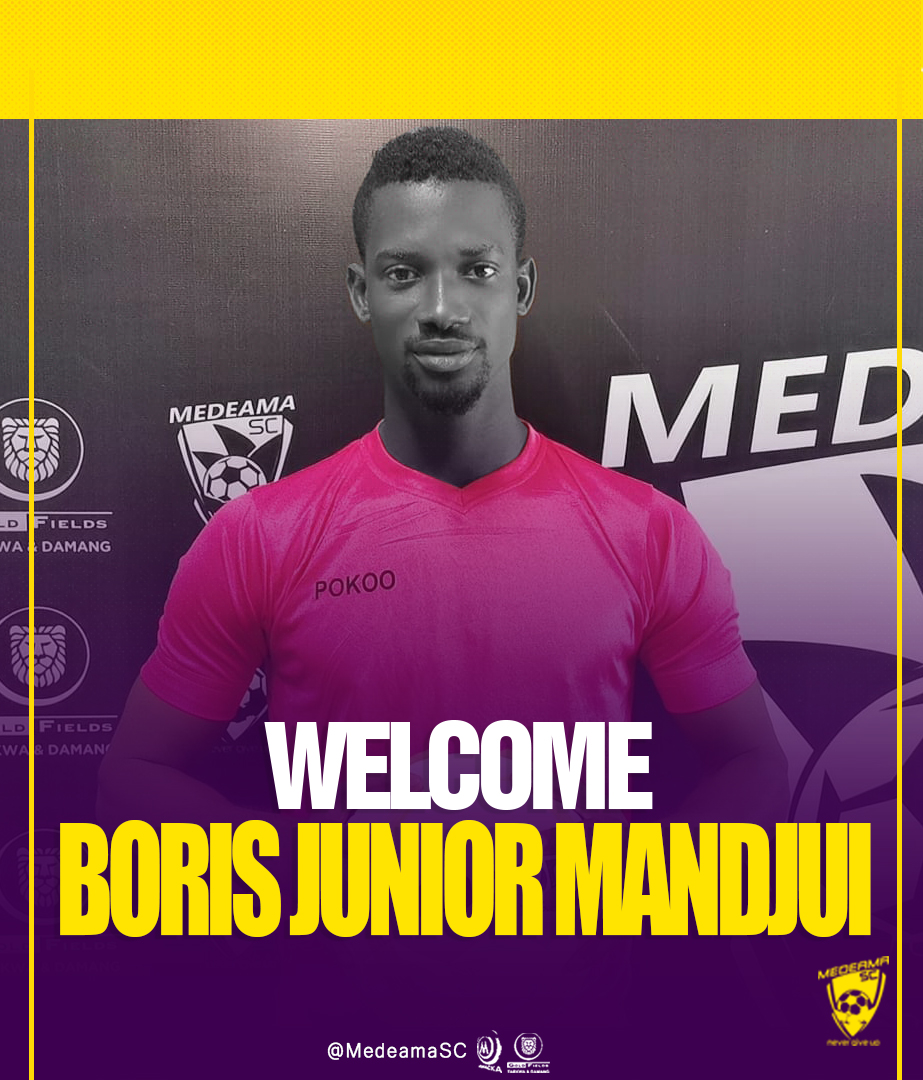 We are delighted to announce the signing of Ivorian goalkeeper Boris Junior Mandjui on a three-year deal.

Junior, 25, has joined the Ghanaian side after ending his contract at Ivorian outfit Association Sportive de L’indenie.

The hugely talented shot stopper sealed his move on Thursday after signing a three-year contract with the Yellow Mauves after passing his medical examination.

He becomes the second goalkeeper to sign for the two-time FA Cup champions following the capture of John Kwadwo Moosie from Techiman Eleven Wonders to increase competition in that department which also has Dacosta Owusu Junior.

They are to replace departing Eric Ofori Antwi and departed Frank Boateng.

Boris Junior last played for Burkina Faso side Salitas FC where he joined in July 2019 from Ivorian club Williamsville AC.

The highly-rated rated has also had stints with Ivorian giants ASEC Mimosas and USFA Ouagadougou.

During his days at Williamsville and Salitas, Junior Mandjui played a total of 10 matches in the CAF Champions League and Confederation Cup respectively.