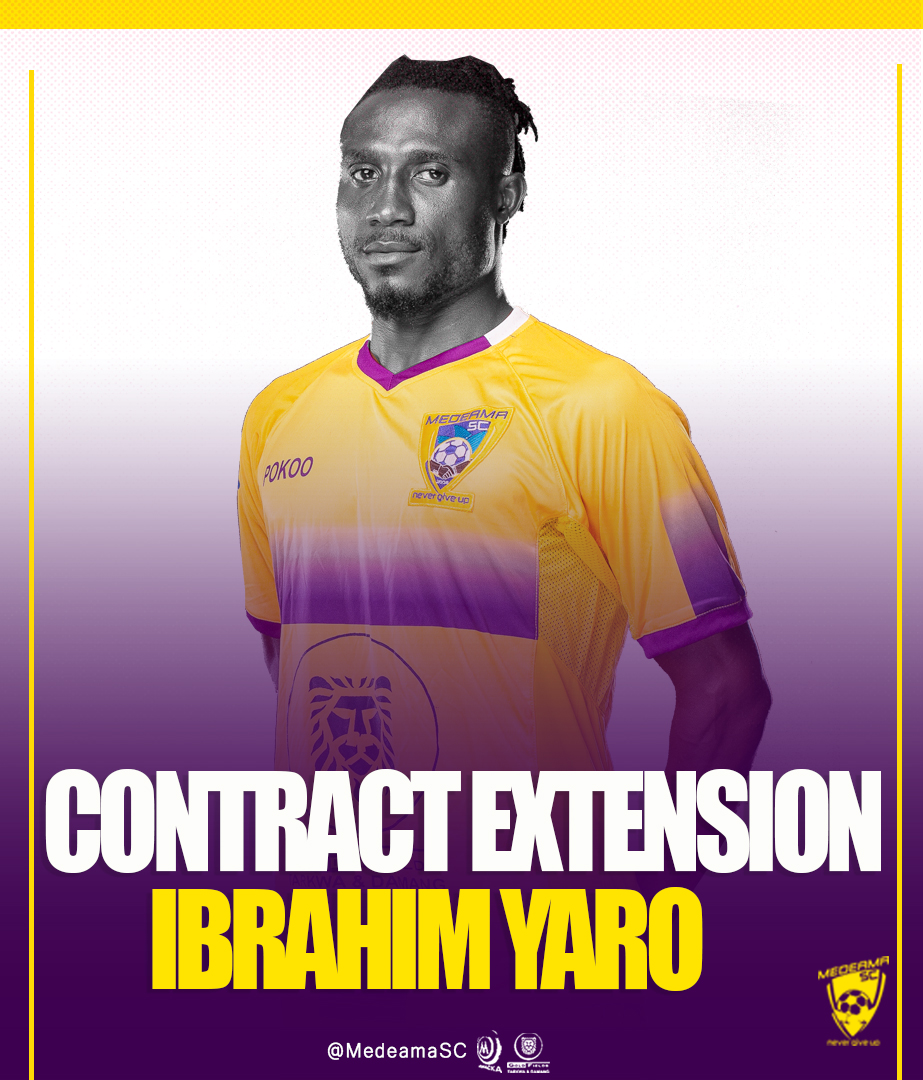 Medeama SC can confirm that defender Ibrahim Yaro has extended his contract which will keep him at the club until 2024.

Yaro, who is a versatile defender, who can operate as a right-back and a centre-back, has signed a three-year extension to his deal which keeps him in Tarkwa until 2024.

The experienced and highly-respected defender has shown tremendous quality and commitment since he joined the side in 2014.

“Everyone knows how I feel about this club and I’m happy to continue my career here,” he told medeamasc.com

“I am looking forward to another exciting time in Tarkwa as we continue to push to put this club on the map.

“This is home and I’m very happy to stay here.”

He joined from lower division side Dawhyenia United and has since gone on to become a mainstay of the Mauve and Yellows.

He played an influential role for the side as they finished 5th last season, clocking three man of the match awards in the process.

Since his move to Tarkwa, Yaro has impressed the club with his professional touch and work ethics.

He has already spent six seasons in Tarkwa and only featured for USL Championship side Colorado Switchbacks on loan in 2019.

We wish him well as he continues his journey with the two-time FA Cup champions.