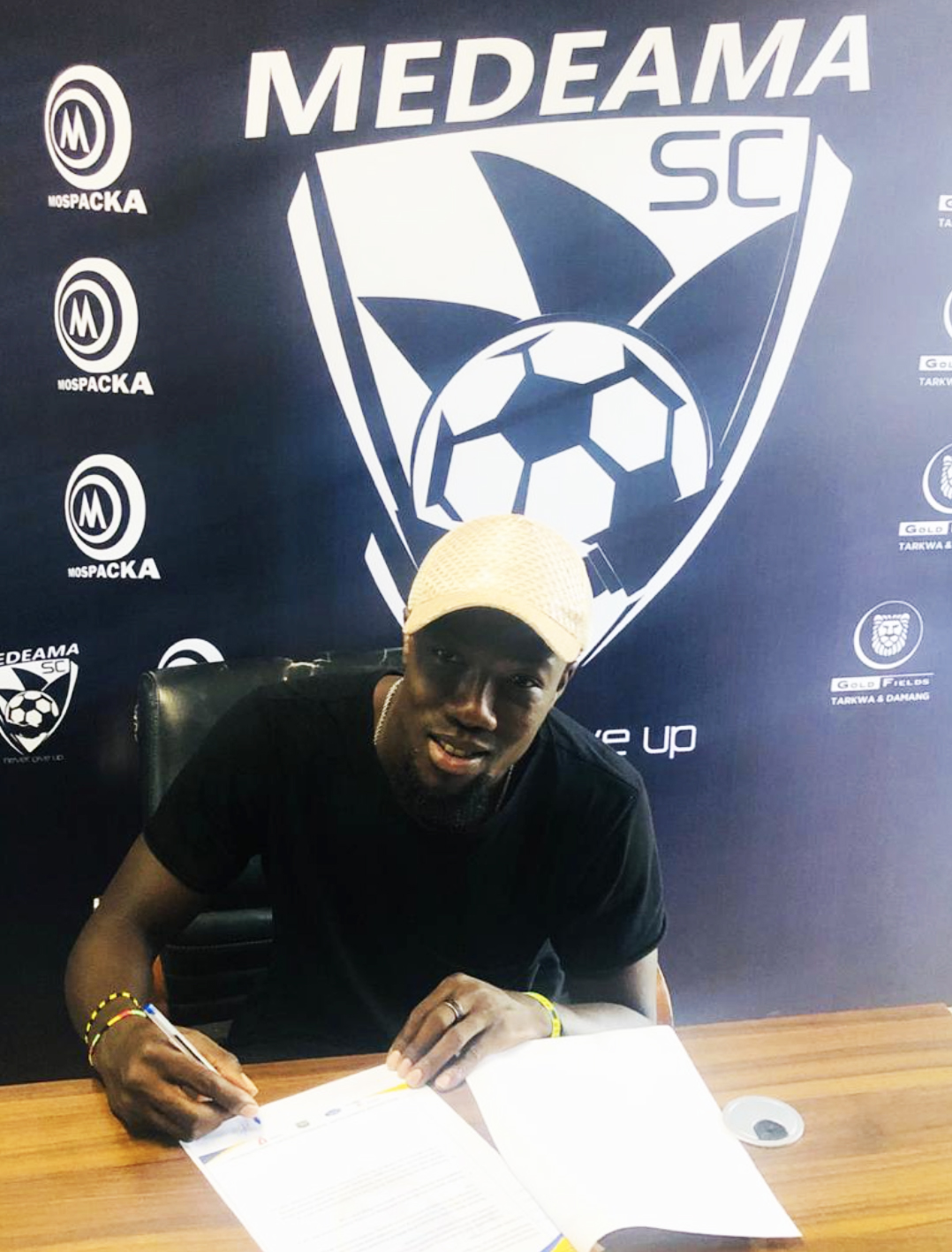 Medeama Sporting Club have completed the signing of striker Abass Mohammed on a free transfer.

Abass has signed a two-year deal with the Mauve and Yellows to complete his return to Tarkwa.

The striker is staging his second coming to the club after spending three seasons between 2014-2017.

He featured prominently for Medeama during the group stage of the CAF Confederation Cup in 2016.

He moved to Asante Kotoko for two seasons before joining Nigerian side Enyimba FC.

He becomes the latest signing after the club announced the capture of Godfred Kwadwo Asamoah.

Moments after sealing the move, Abass told medeamasc.com: “Its a great feeling and I’m very happy to be back.

“I look forward to working with a crop of talented players to ensure we achieve our set goals.

” I want to achieve all of the goals, win as many trophies as possible to position the club on the global map.

“This is home and I can’t wait to start repaying the confidence on the pitch.”

Medeama coach Samuel Boadu added: “Abass is a fantastic player and a top professional and we are very happy to have him here with us,”

“He understands the philosophy of this great club and will be a huge asset for us.

“I am happy he has returned to Medeama to contribute significantly to the drive, ambition and passion of the club. We look forward to an exciting time with him and others in the upcoming season. We are delighted to be able to add his versatility and quality to the squad before the season starts.”

Medeama will begin the 2020-21 Ghana Premier League campaign with a home date against Great Olympics on November 15.