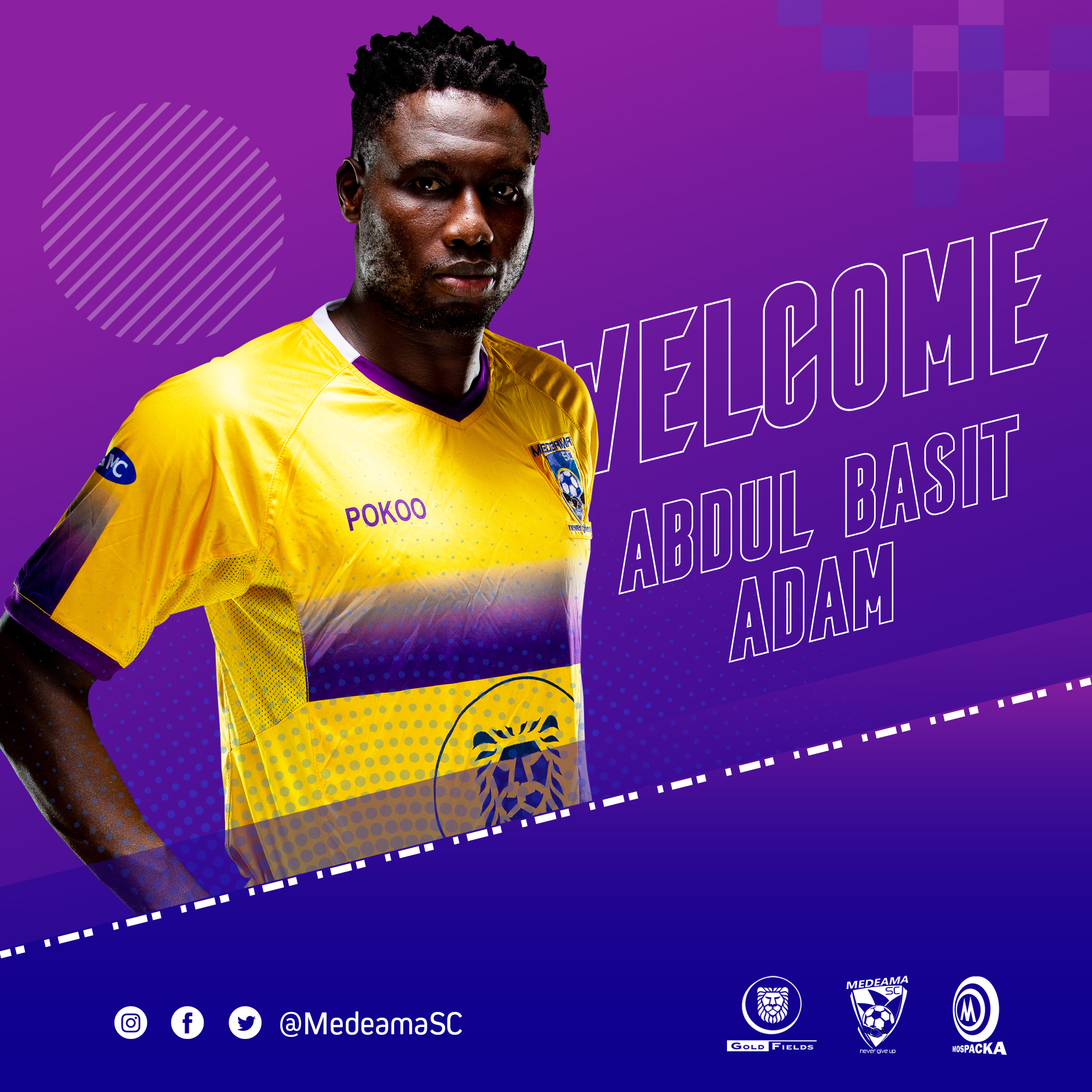 Medeama is delighted to announce the signing of striker Abdul Basit-Adam.

The former Ghana Under-20 striker joins on a three-year deal from New Edubiase.

The 25-year-old has returned to the Ghanaian top-flight after ending his stay at Turkish  side Çanakkale Dardanel SK.

Basit Adam is expected to follow in the footsteps of his former New Edubiase colleagues Bernard Ofori and Prince Opoku Agyemang to deliver another superb performance for the Mauve and Yellows in the upcoming season.

After just a season, he moved to Sweden to sign for Gefle IF before joining Frej.

“I am very, very happy to be here and I’m looking forward to the season,” he told medeamasc.com

“This is a great club with a fantastic professional touch and I am happy to be part of this family.

“We want to work hard and achieve laurels for the fans and the people of Tarkwa. Its’ not going to be easy but we hope to make it count.”

Coach Samuel Boadu: “Basit is a great addition for us and we’re looking forward to working with him.

“He bring a lot on the table and will add quality and depth to our squad. He has pace and power and will be a great addition to our team.

“He has so far integrated well and we are looking forward to working with him.”

Abdul Basit Adam has joined us on a three-year deal#MauveandYellow ?? #MEDSCtotheNextLevel