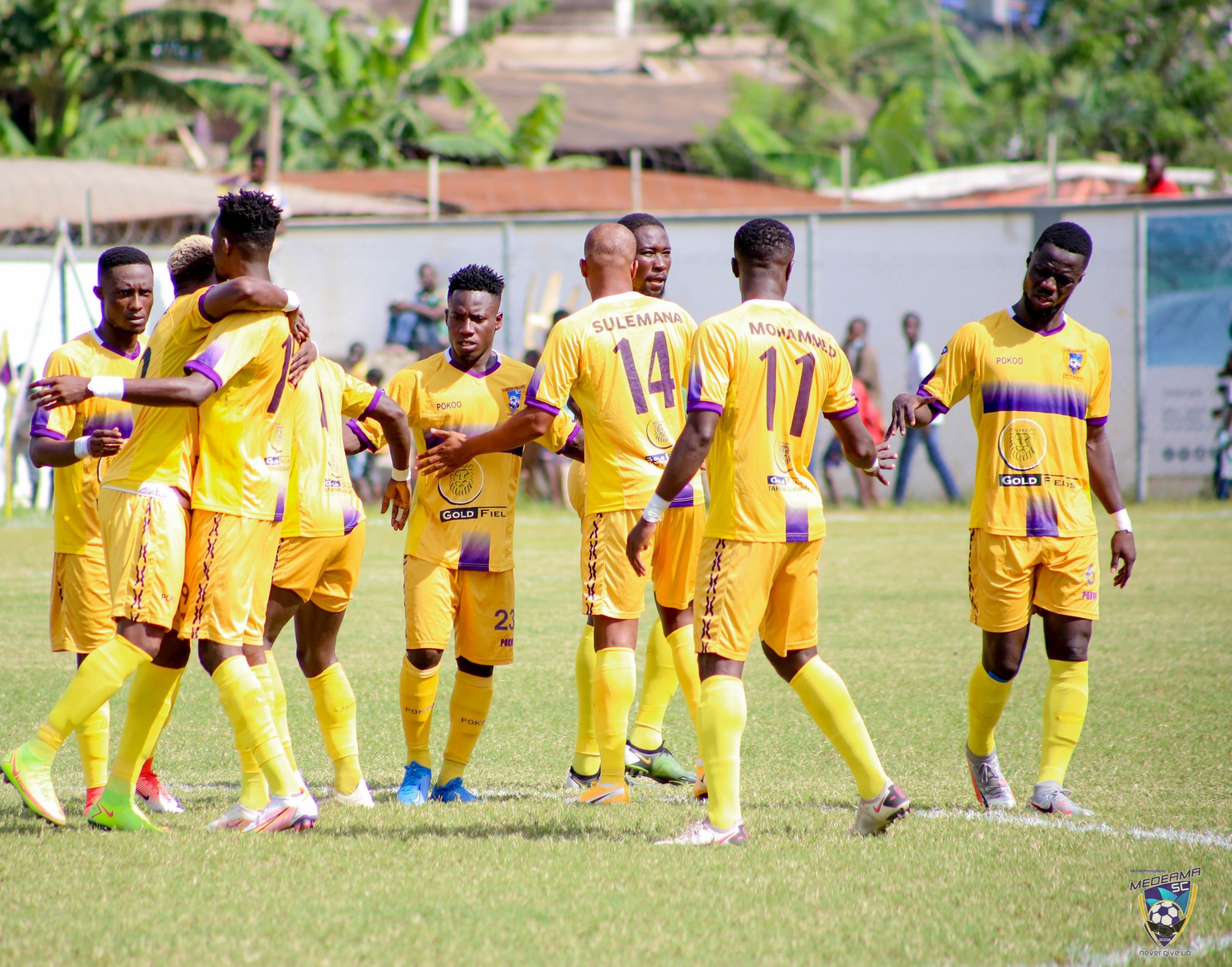 Medeama have moved back into the top-four position with drab stalemate at Bechem United at the Nana Gyeabour’s Park on Sunday.

In a game of few clear cut chances, both sides kept the game in front of them for the most part, with Clinton Duodu and Emmanuel Annor getting squaring some decent goal scoring chances.

United pressed for the winner in the second half but failed to break down a resolute Medeama defence even after 12 extra minutes were added by the centre referee.

The Mauve and Yellows put up an impressive run on the road to pick a point and move back into the top-four position.

Captain Moro Salifu was back in the starting X1 after he played a part in the side’s 1-0 defeat at Great Olympics.

But the Hunters struggled against a much improved Medeama side especially in the second half with Baba Musah second half substitution doing the magic for the visitors.

Goalkeeper Dacosta Owusu replaced Frank Boateng in post and excelled with aplomb, displaying fantastic antics to the amazement of the home fans.

The result leaves Bechem United on 11th position with 38 points while Medeama move up to fourth with 48 points – 1o points separating the two teams.