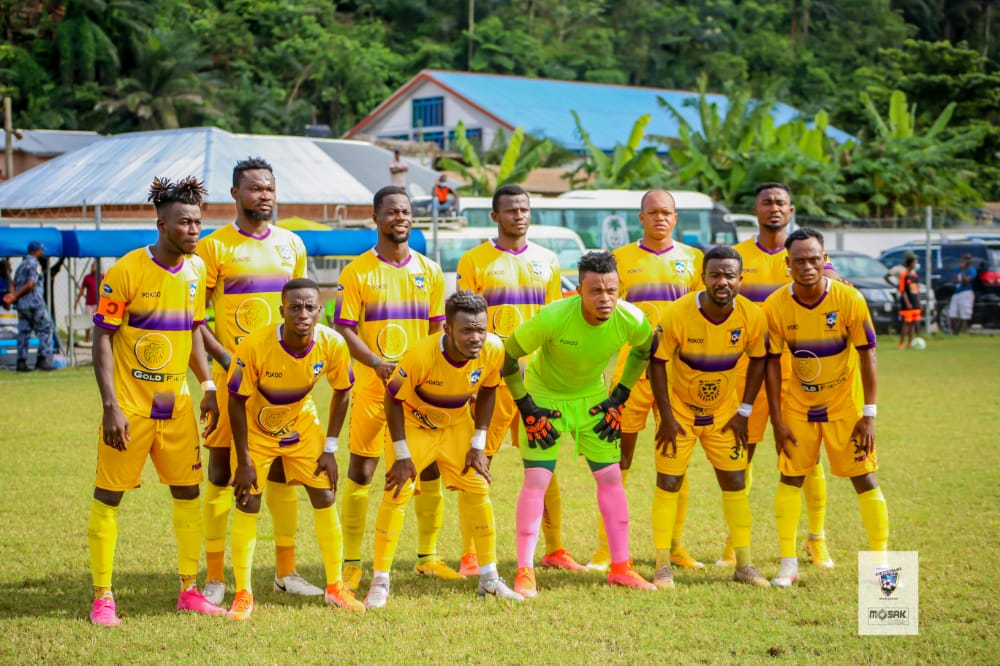 Medeama have their top-four ambition in sight when they play as guest of Bechem United on match day 31 of the Ghana Premier League on Sunday.

The Mauve and Yellows have dropped to 5th on the table following a 1-1 draw at home to King Faisal on Thursday.

Coach Yaw Preko has named a 20-man squad for the trip to the Nana Gyeabours Park in Bechem.

Midfielder Kwasi Donsu returns to the squad for the first time in so many weeks after recovering from an injury.

Medeama will be aiming to cause an upset at a venue which they have not won before.

The two-time FA Cup champions have struggled at the Nana Gyeabours park – and will be aiming to be lucky this season.

The Hunters remain 11th on the table after their 1-0 defeat at Great Olympics on Wednesday and just four points above the relegation zone.

Bechem have been poor in the league recently. They have only one win from the last 8 matches and have lost 6 and drawn once.

Bechem have their captain Moro Salifu back in the team for Sunday’s game.