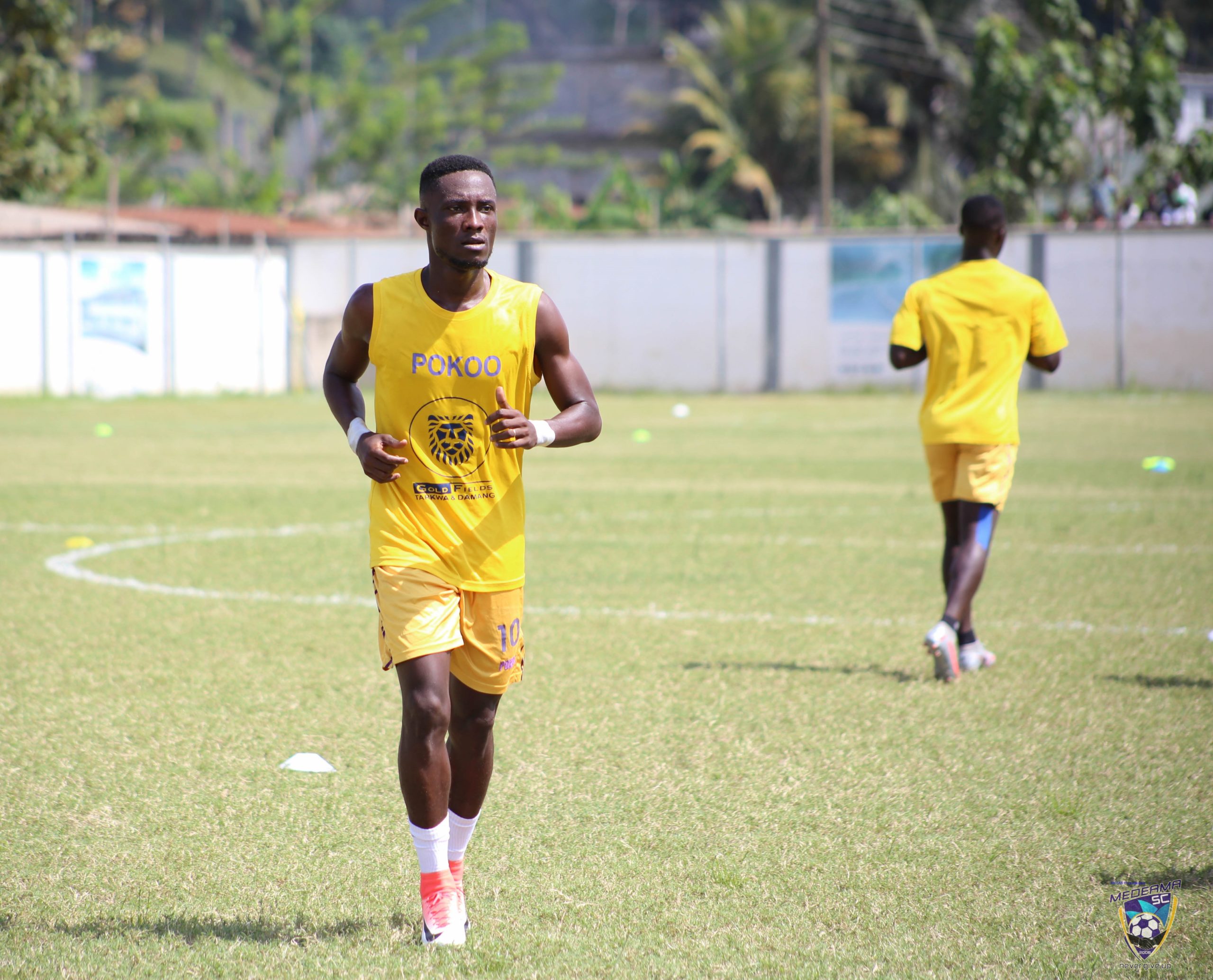 Medeama midfielder Joseph Tetteh Zutah has been discharged from the hospital following an injury suffered in the side’s 1-0 win over Karela United in the Western derby on Saturday.

The versatile player was replaced by Kwadwo Asamoah in the second half after he picked up the setback.

He was sent to the hospital for further checks but was released after scans showed there was no tear.

The club has confirmed he has been discharged and put on medication.

X-ray and scan has been taken and they are all normal, he is stable and has been discharged on medications. #Medeama is looking forward to seeing him back in action once he gets the full all-clear!#MauveandYellow #MEDSC #NzemaDerby pic.twitter.com/LduabO37lz