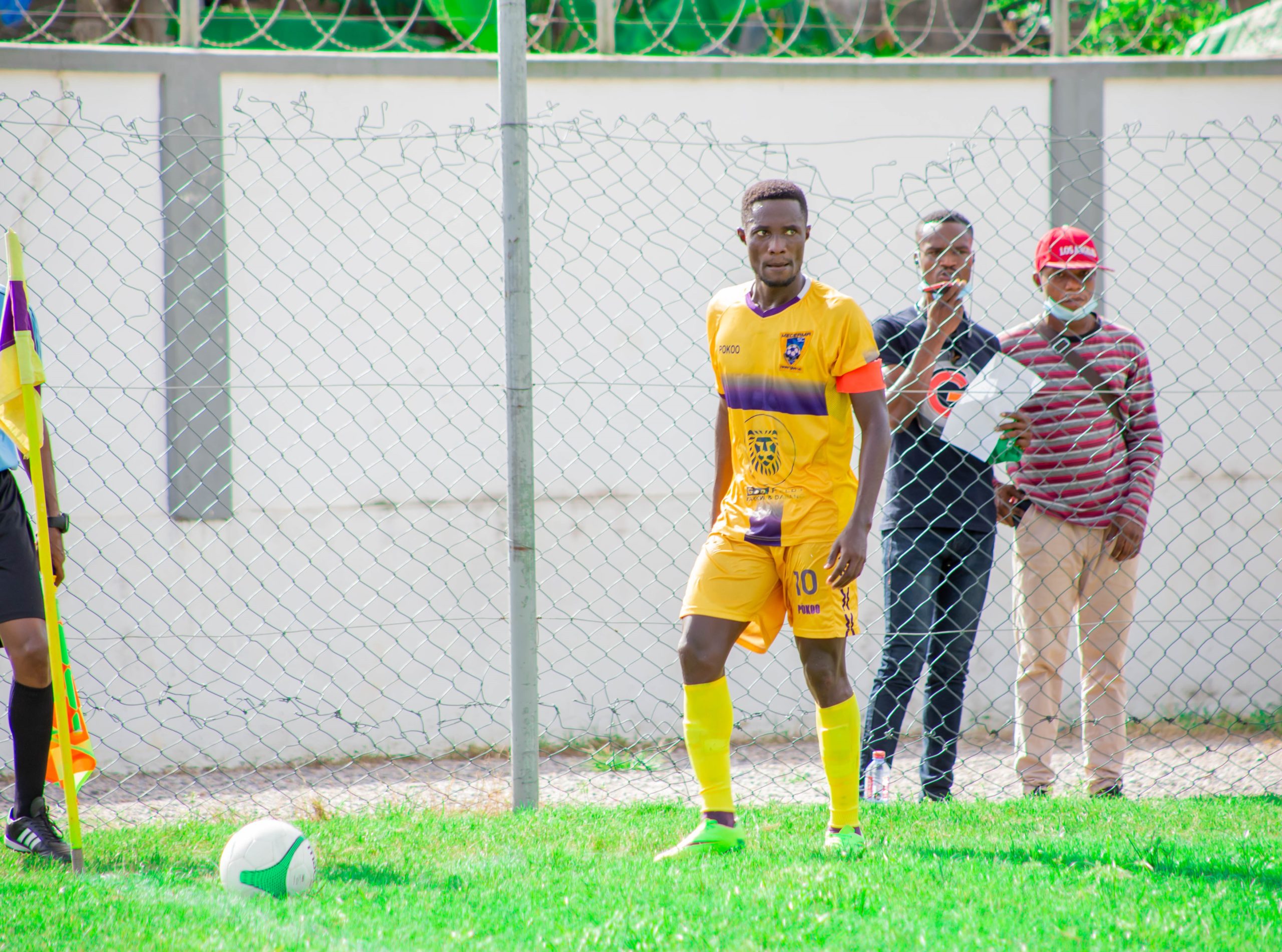 Medeama captain Joseph Tetteh Zutah is on a mission to lead the side to its first Premier League crown this season.

The distinguished captain put up a 24-karat gold performance for the two-time FA Cup winners as they assumed top position on the Ghana Premier League table after a remarkable comeback from behind 2-1 win at Asante Kotoko.

The former Young Africans utility star has been a mainstay of Medeama for close to a decade where he started from the feeder club.

A two-year stint in Tanzanian sandwiched an impressive two FA Cup titles for the club to make him a legend at the club.

Zutah is spearheading the most important and defining moment for the Tarkwa-based side, bent on leading the side to clinch the side’s first Premier League crown since its made it league appearance in 2010.

He has won an admirable eight matches and drawn once anytime he leads the players onto the pitch.

He is a cult-hero in Tarkwa and will etch his name in the club’s history folklore if he manages to lead the side to squeeze their first Premier League title.

The razzmatazz around the team has been awesome with a massive sense of belief that this year could be the turning point for the twice unlucky Premier League side.

The utility star emerged the toast of fans with another superlative work performance, destroying Kotoko with his sublime passes and intelligence.

His lob to Prince Opoku Agyemang for the side’s equalizer against the Porcupine warriors has gained inches and set social media ablaze.

A graduate of the University of Cape Coast, the utility star is weaving magic at his boyhood club to the amazement of everyone involved at the club.

He is an all- familiar face at the club having featured for the side in the enroute to their promotion to the elite division.

An outstanding academia and a footballer, Zutah doubles as the Administrative Manager of Medeama- a historic feat chalked by the talented star.

He is not getting distracted with office duties as he continues to offer more than 100% on the pitch for the Mauve and Yellows.

He is indeed the captain fantastic of our adorable and dear club and urge him to keep going.