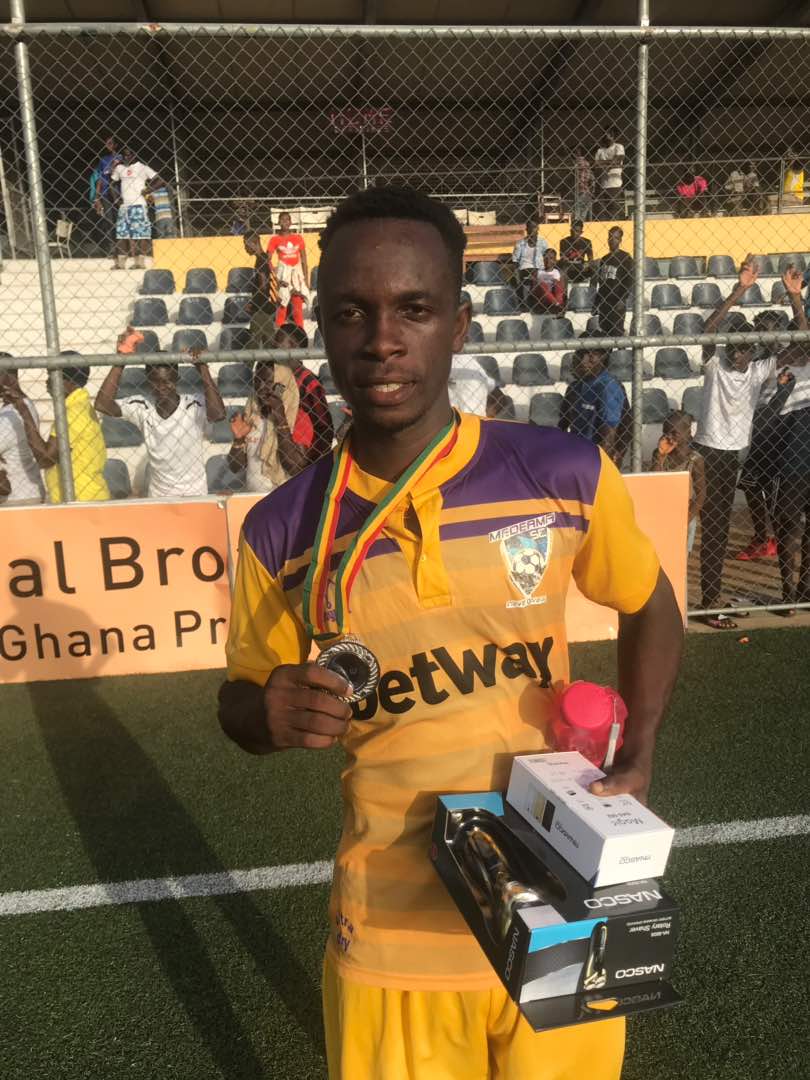 Ghana premier league action was back on in midweek and on Thursday as teams continued to warm themselves into the new season. Key events included the yellow and mauve invasion of the Red Bull Arena In Sogakope which saw a 46 game unbeaten run halted. Also, league leaders Ashanti Gold SC dropped maximum points for the first time in the new season.

Champions Aduana Stars continued from where they left off in the CAF Confederation Cup as they trounced debutants and Brong Ahafo neighbours Eleven Wonders by 4 goals to 1. Sam Adams, Nathaniel Asamoah, Hafiz Adams and Gideon Obeng Kyeremeh were the Chief executioners for the defending champions whereas Cisse Salifu got the only consolation for Eleven Wonders.

Bechem United edged Dreams FC in a closely contested 2-1 encounter. Hafiz Konkoni starred for Bechem United scoring on either side of Zuberu Sharani’s equalizer to his side a vital home victory.

Asante Kotoko struck late to overcome Ebusua Dwarfs at the Baba Yara stadium. Solomon Okudzeto canceled out Obed Owusu’s volleyed effort midway through the second half before Frederick Boateng tapped in the all-important winner late in the game.

Hearts of Oak returned to winning ways after their 3-0 drubbing at the Golden city. Wa All Stars proved to be no match for the phobians as they succumbed to a 1-3 loss at the Cape Coast stadium. Budding striker Selasie Bakai opened the scoring before Joseph Esso increased the tally from a spot kick. Kingsley Osei reduced the deficit on the hour mark for All Stars but Cosmos Dauda cemented victory with a third for Hearts of Oak.

Tanko Mohammed’s lone strike in the first half was all Elmina Sharks needed to sink Inter Allies at the Nduom stadium.

Liberty Professionals were the unlikely candidates to pull the breaks on in-form league leaders Ashgold SC who had not lost a game before week 6. Having only won their first game of the season in week 5, Liberty went into this game as the clear underdogs. Elvis Kyei Baffour was at the end of a well worked counter attacking move to inflict on Ashgold SC their first defeat of the season.

On Thursday Karela FC recorded yet another important victory by beating Berekum Chelsea at the Baba Yara stadium. Bismark Boamah’s goal very early in the game turn out to be the match decider as Chelsea probed all game without success.

Birthed from the erstwhile Feeyenord Academy based in Gomoa Fetteh, West Africa Football Academy took the Ghana premier league by storm on promotion and wowed football enthusiasts with eye pleasing scintillating and delectable displays. With similar ethos to the defunct Feeyenord Academy, WAFA possesses an even enhanced beguile at a glance.

Not only did the new “Feeyenord” come across as a model club whose model operandi appeals to the masses but also with an added capacity to stand the test of times. West Africa Football Academy also succeeded in building their home ground into a fortress where comeuppances have been meted out to all manner of opponents over the period.

The Sogakope Red Bull Arena, a waterloo for many a Ghanaian club and a footstool of many memorable and resounding victories for the home club will witness an invasion of a different sort and magnitude. One that will shake the very foundations of the ground and leave it crumbling to its feet.

On the 25th day of January in the year 2015, WAFA defeated Great Olympics by 2 goals to 1 on the back of a home defeat to Ashgold SC in the previous game week. This marked the beginning of a winning run which would last a little over 3 years. WAFA never looked back since this game and have in the process equaled Berekum Chelsea’s record of 46 games without a defeat at home. Not only have they been unbeatable but also almost impregnable at home, conceding not more than a goal in any game within this period.

When WAFA stepped onto the field in midweek, they had only one thing on their mind, a win and a record breaking one as that. When Charles Boateng’s ball went in for the opener it looked game set and match because the last time WAFA scored first and ended up without a point at home couldn’t be traced. The Sogakope executioners looked home and dry to achieve the enviable record of the longest home streak in the annals of association football but little did they know that Medeama SC had invaded with other ideas. Justice Blay’s headed goal put Medeama SC on level pegging but even at this point WAFA were the overwhelming favourites to end the game with at least a point until they were hit by a thunderbolt. A beauty brewed from Kwesi Donsu’s top drawer. When the diagonal cross field looping pass aimed at Donsu was hit from midfield, it looked as though it was a routine pass just to switch play. The narrative changed entirely when Kwesi Donsu met a beautiful but innocuous pass with a sweetly struck belter from the right edge of the box into the top corner. Oh what a wonder of a spectacle the free kick expert had just subjected eyes at the Red Bull Arena to. A standstill moment that will take a long standing unbeaten streak to the cleaners. Medeama SC defended gallantly until the blast of the final whistle but surely it was a record well kept but even more importantly, one that was well broken with a super stupendous strike.