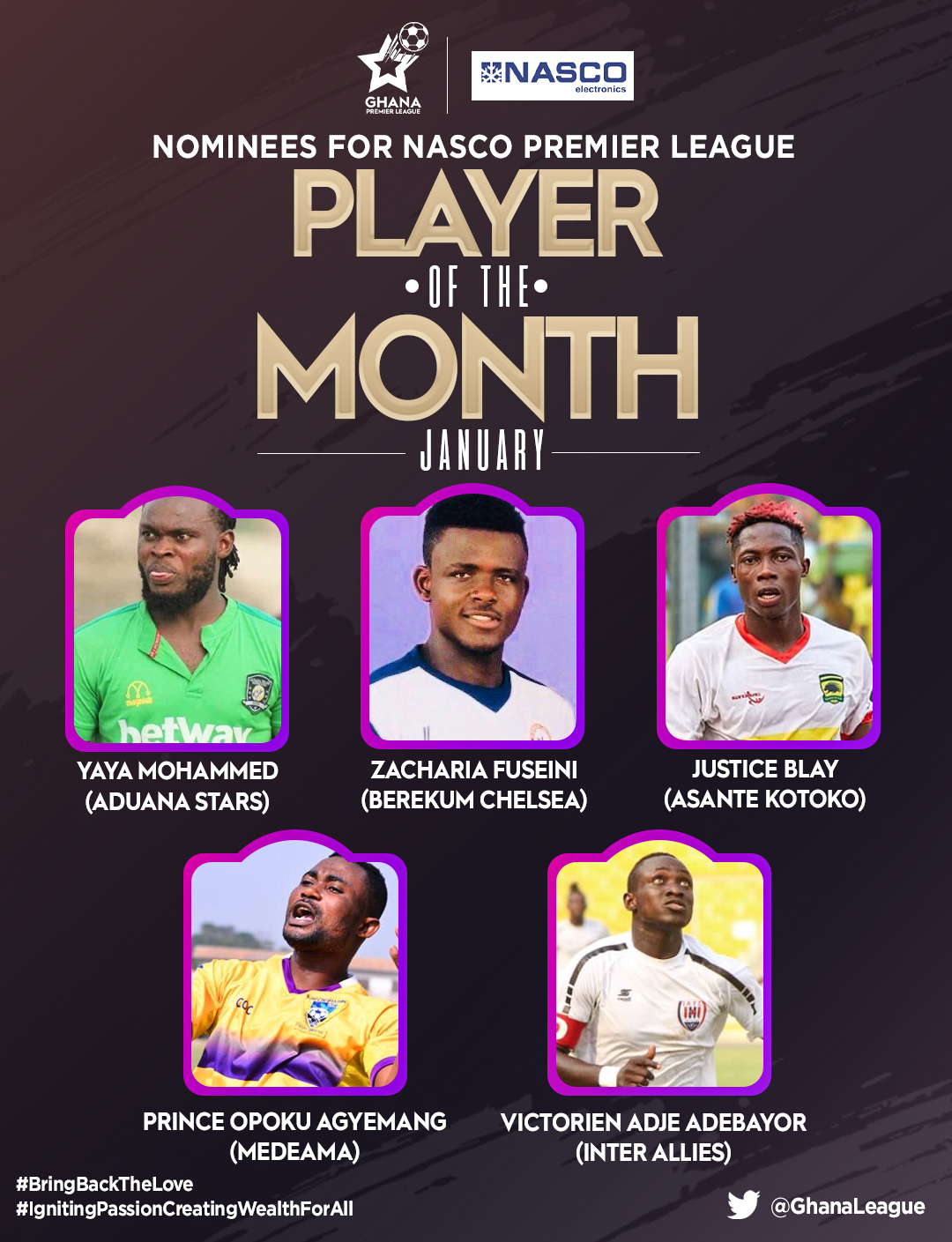 Coach Samuel Boadu and striker Prince Opoku-Agyemang have been shortlisted for the Nasco Coach and Player of the month for January respectively.

The performance of the two individuals in the month under review has been highlighted.

Six matches were played in the month of December and January, with these players giving out strong individual performances which helped their respective teams.

While the forwards scored freely, the midfielders provided great contributions to their teams and the defenders were rock-solid at the heart of their team’s defence.

All the nominees were duly recognised with a number of Nasco man of the match awards for their brilliant displays in the month.

The winner will be announced before match week 8 of the Premier League next week.