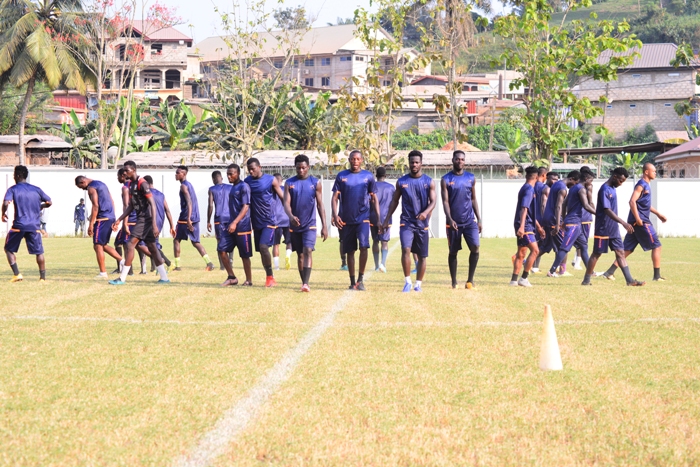 The club will hope to consolidate its positive start to the season with victory over Hearts of Oak on Sunday.

The Mauve and Yellows will be desperate to build on the opening day win at Ebusua Dwarfs to maintain a perfect record in the 2019/20 Ghana Premier League season.

There are no suspensions as we battle the Phobians at the Akoon Community Park.

However, the team is still without midfield duo Eric Kwakwa and Rashid Nortey as well as defender Bright Enchil, who is out injured.

Striker Kalibo Toussaint is also not available for the crunch tie at home.

However, its a massive game for the Phobians who have won just once in a league match in Tarkwa in nine attempts.

Medeama should be in a confident mood after recording an impressive 3-1 win at Ebusua Dwarfs in their opening league match last week.

Kwasi Donsu and Ibrahim Yaro could return against Hearts after missing the trip to Ebusua Dwarfs.

Hearts of Oak have no major injury worries with coach Edward Odoom in a position to choose from a fully fit squad.

Hearts of Oak’s only away win against Medeama came in a Match Day 2 fixture under Kenichi Yatsuhashi in 2016.

Hearts won 2-0 with Eric Kumi and Cosmos Cauda getting on the scoresheet.

Medeama SC are in search of back to back wins for the first time since July 2017 when they beat Great Olympics and Tema Youth.

Medeama SC vs Hearts of Oak at home