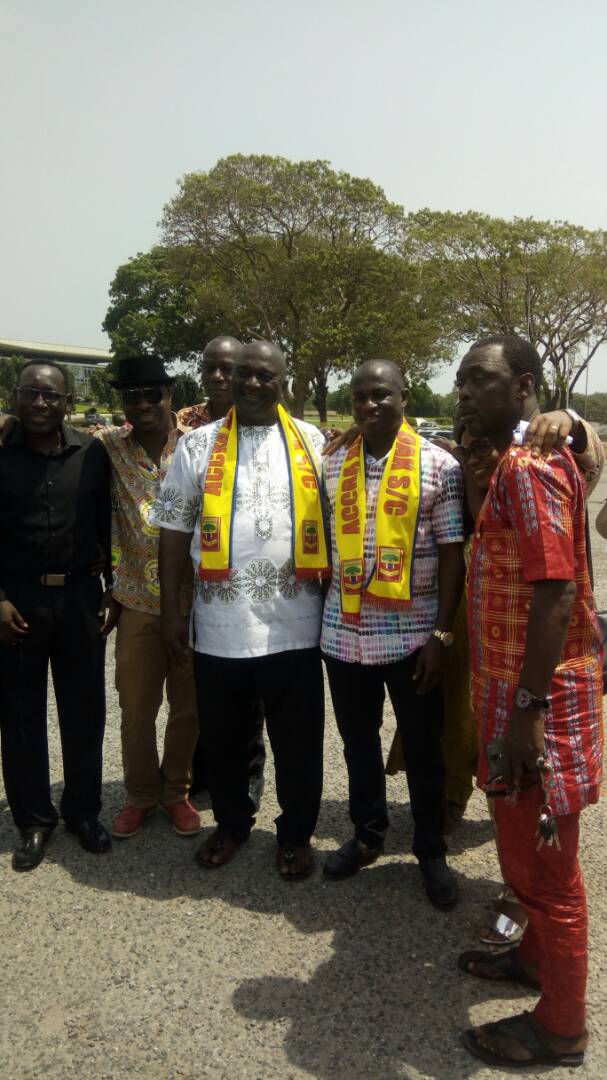 Mr Armah, who is staunch supporter of the former African champions, was among several high-profile personalities who attended the final funeral rites at the State House in Accra.

He was well received my top officials of the club who draped him in the club’s colours.

The astute businessman was a key financier of the capital-based prior to him buying his own football club which has become an emerging force on the African continent.