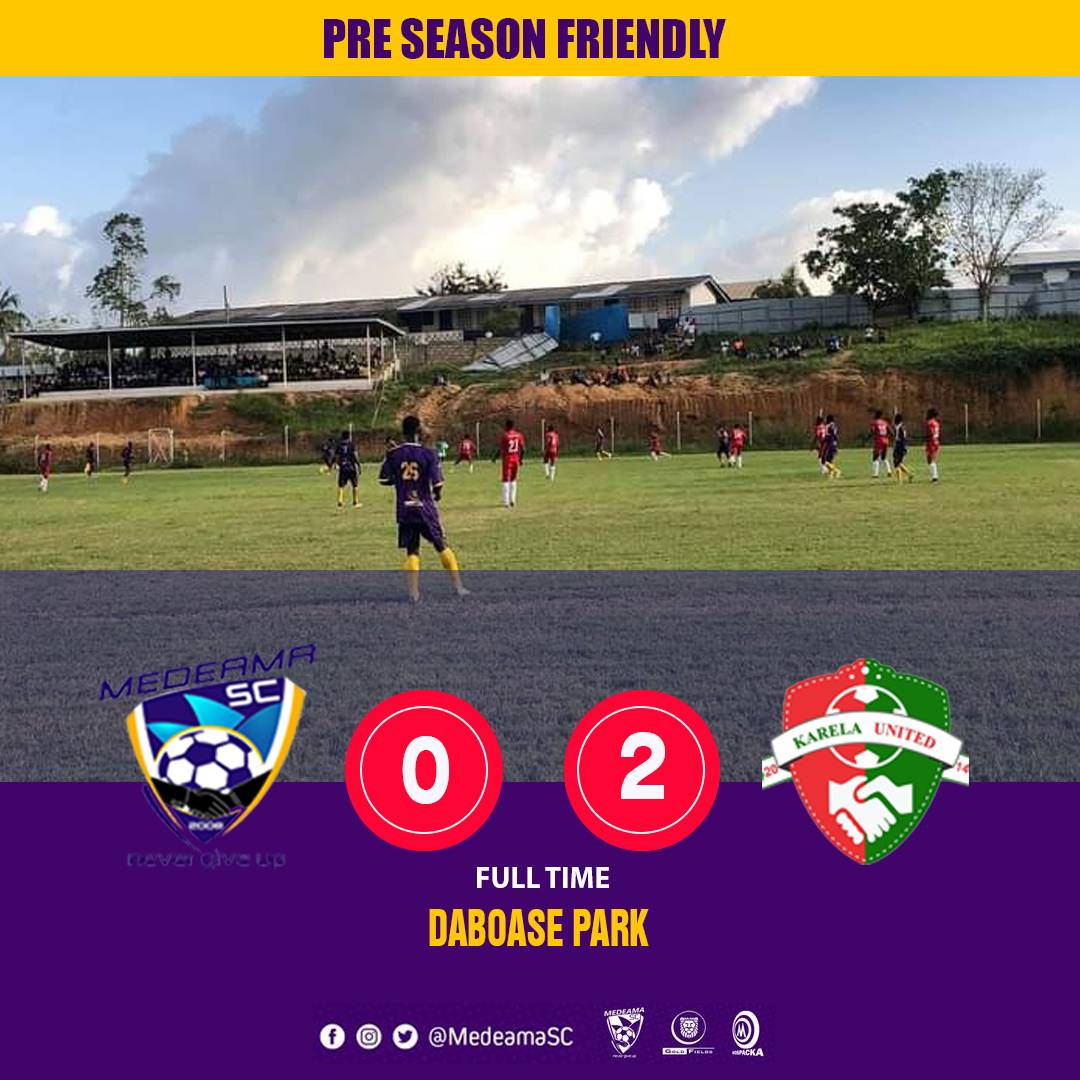 Medeama continued preparations for the start of the Ghana Premier League season with a 2-0 defeat to Karela United at Daboase on Sunday.

The pair of goals were scored in the first half thanks to a brace from striker Diawisie Taylor.

The Mauve and Yellows were handed a reality check at the Daboase Park in this regional derby exhibition match.

Medeama will host Great Olympics in their Ghana Premier League opener on next Sunday at the Akoon Park.