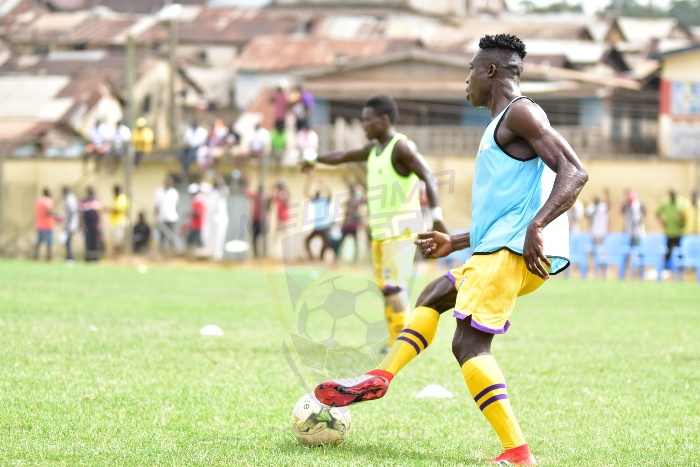 Medeama midfielder Justice Blay was voted man of the match in 2-1 win over Ashantigold in the Ghana Premier League on Saturday.

The combative midfielder opened the scoring with a superb header in the first half before Ivorian Roland Djodji pulled parity.

Blay turned the game on its head with a superlative display of football artistry at the highest level infront of the home ground.

He scored a superb goal and bossed the midfield like general, with his intelligent passes and tackles earning him massive admiration in Tarkwa.

The versatile midfielder is a key cog of Samuel Boadu’s side, who are enjoying a flying start to the season.

Medeama are third on the league table, just a point behind leaders Ashantigold with one outstanding game.