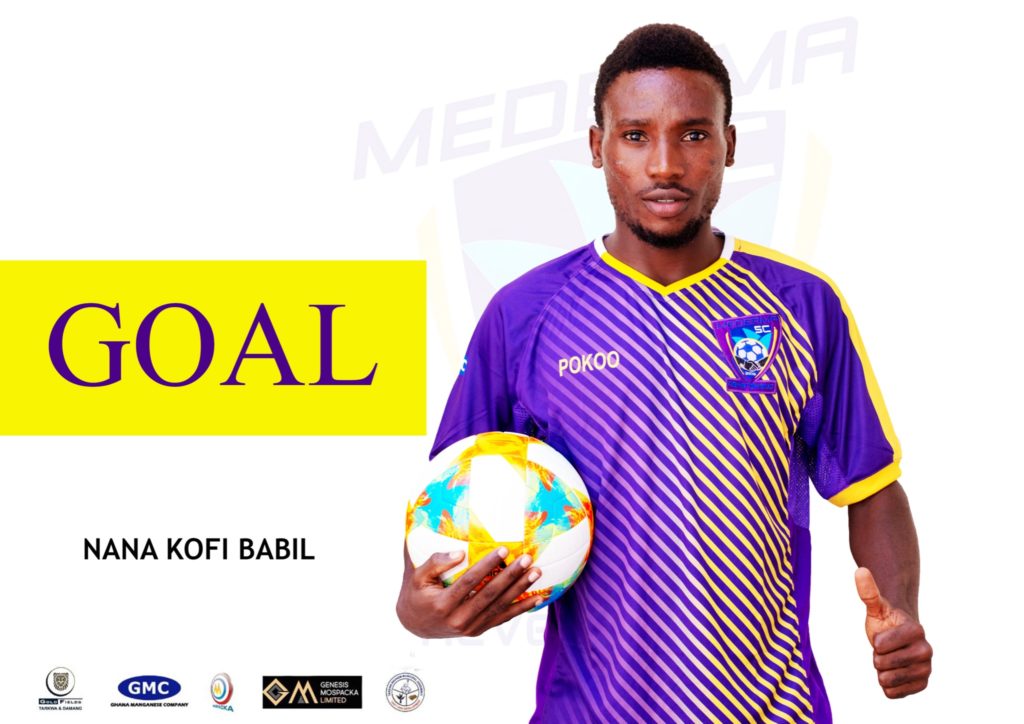 Medeama SC forward Nana Kofi Babil has targeted fifteen goals in the Ghana Premier League despite cameos in his side’s opening three games of the campaign.

The young forward, who joined the Mauve and Yellows from Charity FC at the beginning of the season has scored three goals in three games, all from the bench.

“I haven’t really set a target yet, I will look into that but I think ten or fifteen goals will do,” he said after climbing off the bench to earn Medeama a point in Dansoman.

“The coach understands me, I just came from the youth team so it’s part of the development and I am excited,” he added.

Liberty Professionals took the lead from the spot but the visitors stormed back with a counter attack to snatch the equalizer at the Karl Reindorf Park.

The scientific Soccer Lads were awarded a penalty after substitute Abraham Wayo was brought down inside the box.

Star man Elvis Kyei-Baffour stepped up and expertly planted the ball into the net after the sending the goalkeeper the wrong way.