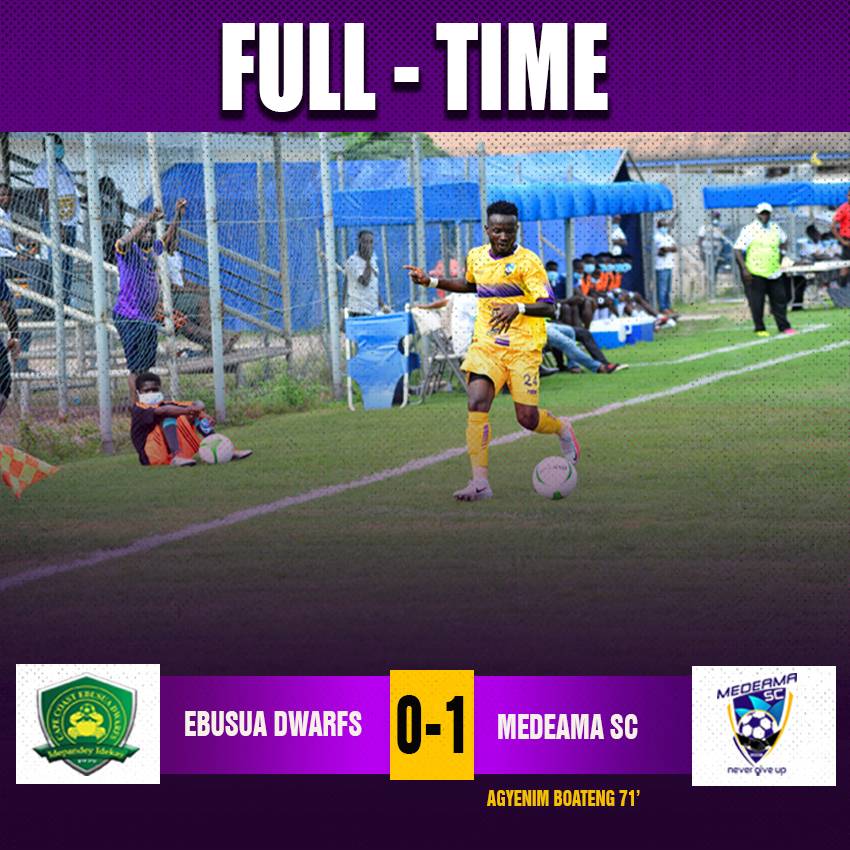 Medeama SC recorded their first win of the season after a hard-fought 1-0 win at Ebusua Dwarfs on Saturday to continue their dominance over the Cape Coast-based side.

This is a match needed win for the Tarkwa-based who have struggled in the early stages of the season.

Touted as one of the favourites, Medeama were yet to win a game in four after two draws and a defeat.

The two-time FA Cup holders were shocked 1-1 at home by Great Olympics before drawing at Legon Cities which followed their 1-0 Dreams FC.

Dwarfs came into the last game on the back of their 1-0 win over Berekum Chelsea.

Coach Ernest Thompson kept faith with the squad that won against the Blues in Cape Coast.

The two teams sold an entertaining match in the coastal town but Medeama stole the march off their opponents to steal victory.

Medeama have been dominant against the Mysterious over the years at the back of their own yard.

This is the third successive defeats suffered by Dwarfs at home against the Mauve and Yellows.

They lost to the Tarkwa-based 2-0 at that same venue.

Medeama should be revived after this win as they host Liberty Professionals at the Akoon Park on Sunday.