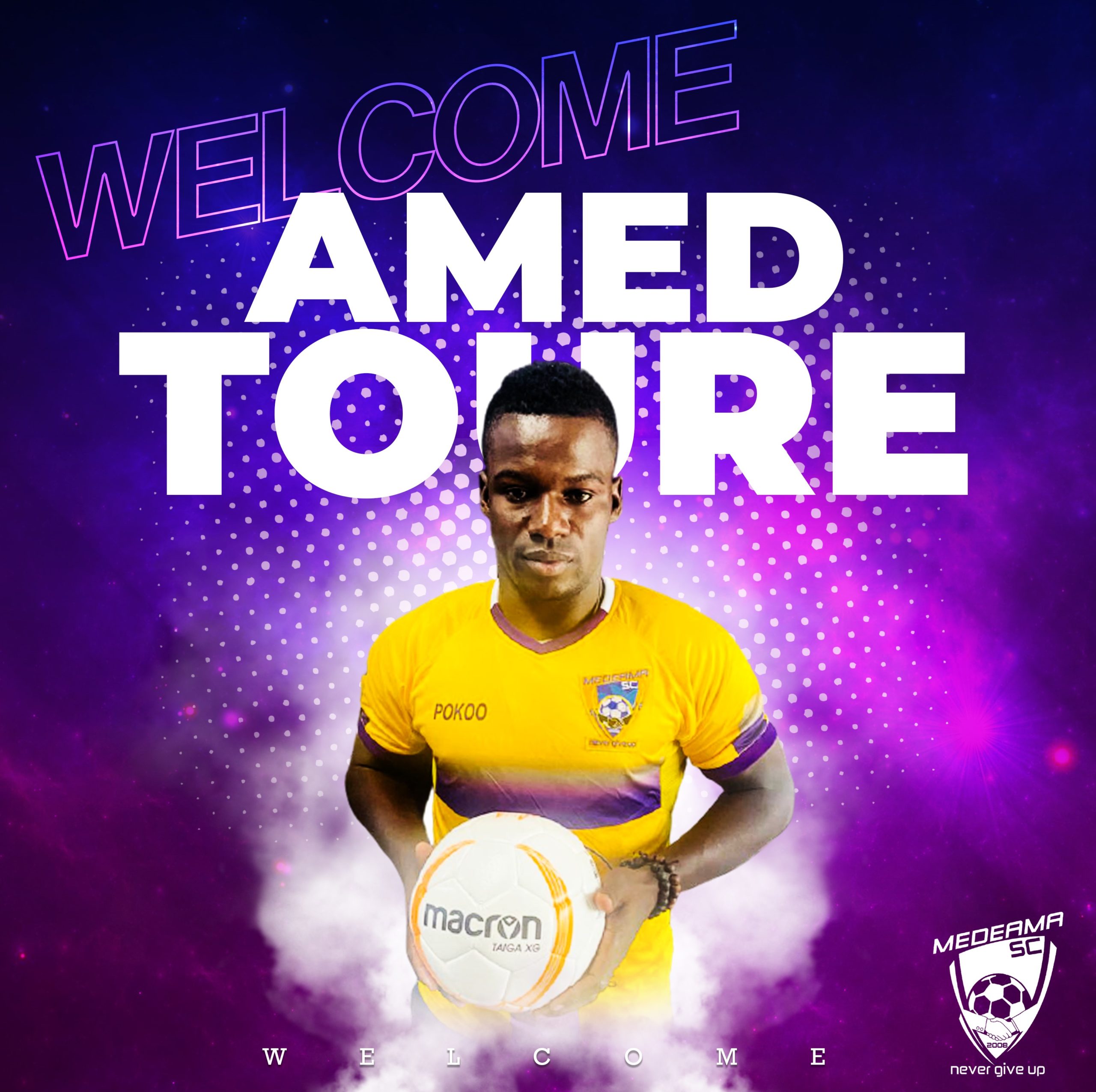 We are happy to announce the signing of striker Amed Toure on a two-year deal.

Toure has joined the Mauve and Yellows on a permanent contract after ending his stay at Guinea side AS Kaloum.

He signed the dotted lines on Tuesday after passing a mandatory medical at the Health Plus medical facility.

Toure, who previously played for Ghanaian side Asante Kotoko is a direct replacement for Prince Opoku-Agyemang who is on loan at South African side Cape Town City FC

“We are happy to bring in Amed Toure at this stage of the season. He is a proven goal scorer and will help us greatly this season,” coach Samuel Boadu told medeamasc.com

“We have struggled in front of goal since the start of the season and we believe hw will provide the needed impetus to turn things around.

“We are extremely delighted that he has join the group. He will start training and we’ll take it from there.”

Amed Toure said: “I am extremely happy to return to a place I call home – Ghana again and I look forward to my time in Tarkwa,”

“Medeama is fast growing brand and I have been impressed with the project they are embarking on.

“I want to be part history and so will contribute m quota to the success of the team.

“The love and warmth shown me since arriving has been phenomenal and hope we can make the fans happy. Its great to be among a fantastic group of players and we’ll continue to fight for this great club.”

Toure will have to wait a little longer to start his Medeama career as the second transfer window opens next month.

Toure is hugely regarded as the man to help turn things around in the final third after the club huffed and puffed since the start of the 2020-21 season.