Top Medeama officials met with the leadership of the club’s supporters wing at the Akoon Community ahead of the side’s first home match in the Ghana Premier League match on Sunday.

The club’s vice chief executive Alfred Owusu led the charge in the absence of boss James Essilfie as well as  management member Victor Adimah and communication chief Patrick Akoto had a fruitful deliberation with the supporters’ wing.

The meeting took place at the Akoon Community park in Tarkwa this week.

The leadership of the Mauve and Yellows have a strong bond with the fans and routinely hold such engagements over the years. 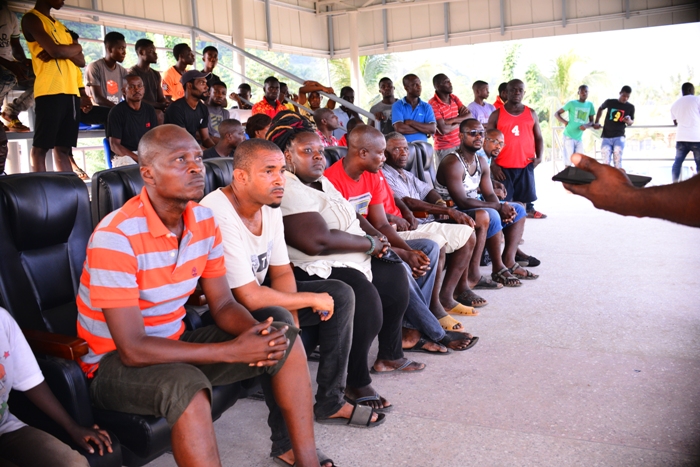 The latest move is aimed at fostering a cordial relationship between the two bodies as the 2019/20 moves into full swing.

Medeama host Hearts of Oak in the top-liner of match-day 2 of the Ghana Premier League.

The stakes are high for both teams as they will be desperate to pick maximum points.

The two-time FA Cup holders won 3-1 at Ebusua Dwarfs in their opening game while Hearts lost 1-0 at home to Berekum Chelsea.